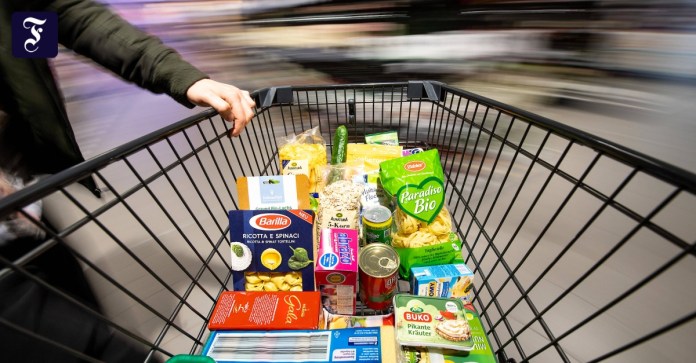 Dhe consumer prices in the euro zone rose 0.9 percent in January compared to the same month last year.  The  European statistics agency Eurostat confirmed a corresponding estimate on Tuesday. Above all, energy prices have increased significantly by 3.8 percent compared to the previous month. Compared to the same month in the previous year before the Corona crisis, they had not yet reached the old level again in January, but the price-dampening effect continued to decline. Food, alcohol and tobacco were 1.5 percent more expensive than in the previous year, and unprocessed foods 2 percent. Services were 1.4 percent more expensive.

Among the euro countries, Germany is now at the top, together with the Netherlands, in terms of inflation. According to the European method of calculating the Harmonized Consumer Price Index (HICP), which differs from the national calculation method, Germany and the Netherlands achieved an inflation rate of 1.6 percent in January. In the European Union, this is surpassed by some Eastern European countries and Sweden, but within the euro zone it is the highest value.

Luxembourg (1.1 percent), Finland and Austria (each 1 percent) were also above average. In most of the euro countries, however, inflation is somewhat lower than in Germany; This is due, among other things, to the renewed increase in VAT and the introduction of CO2 prices on gasoline and heating oil in Germany. But different economic developments in the individual euro countries during the Corona crisis also play a role.

A number of euro countries continue to have negative inflation rates, for example Greece (minus 2.4 percent), Slovenia (minus 0.9 percent) and Cyprus (minus 0.8 percent).

Berlin & Brandenburg: Frost and rain at Christmas in Berlin and...

Why Lower Saxony does not yet dare full elementary school classes...

Students without a connection – Berliner Morgenpost

Last world champion from 1954: Worry about Eckel grows after a...