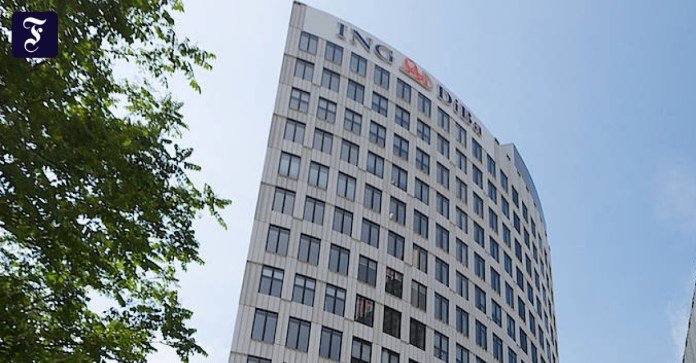 Dhe ING-Bank, which grew up in Germany with overnight money accounts, relies more and more on the securities business in the phase of low interest rates. “We are making the deposit next to the current account an entry-level product,” said CEO Nick Jue.  The  time of unconditionally free current accounts in Germany will be “soon a thing of the past”, said Jue, referring to the negative interest rates of the European Central Bank and competitors such as Commerzbank, which on Thursday announced the end of its lure offers to attract new customers. Since last year, ING in Germany, formerly ING Diba, has linked the exemption of their accounts to a monthly incoming payment of 700 euros. It will stay that way, said Jue to questions about tightening the conditions.

Fees slow down the acquisition of new customers

The  account management fees and the negative interest rates introduced in November 2020 for new customers on balances of EUR 100,000 or more have left their mark on the business figures of the bank, which is the third-largest private customer bank after Deutsche Bank (including Postbank) and Commerzbank with 9.5 million customers Germany is.

The  number of house bank customers, i.e. those with whom ING does business with mortgage lending and securities in addition to the account, rose by 350,000 to 2.15 million. Mainly thanks to a booming securities business, which was fueled by young customers under 30 in the Corona crisis, ING received 48 percent more fees, a total of 479 million euros.

However, the fees apparently slowed the acquisition of new customers, in 2020 only 11,000 net new customers were added. Jue has given up on the goal of ten million customers already set for 2019. “I would still like to reach ten million, but it is no longer a goal,” said the ING Germany boss. “For us, profitable growth is more important than growth at any price.”

ING plans to further increase commission income in 2021, although the bank waives its clients’ fees for securities transactions. From April 1, around 800 savings plans for exchange-traded index funds (ETF) will be offered without purchase fees. In addition, investors who previously shied away from “self-decision” for securities should be able to use digital investment advice. ING worked on this for two years and, as Jue admits, underestimated the requirements of banking supervision.

But it should start in the second quarter of 2021: Customers then have to use desktop computers or smartphones to answer questions about their investment period, risk tolerance and financial situation.

The y can be supported by “coaches” via video conference.

The  customers then receive a specific investment recommendation: one of seven ING umbrella funds, the basis of which are 20 index funds, as it was said on Friday. ING can pay for this digital support at 0.99 percent of the market value; there were no further fees, for example for custody account management or the transaction, it said.

Decline in profits due to Wirecard

Despite the booming securities business, ING Germany’s profit after tax fell by 23 percent to 692 million euros. Overall, the Dutch ING group earned 2.5 billion euros in 2020, only half as much as in 2019.

The  main reason for this was the provision that had to be made for loans at risk of default in the corona pandemic. ING set aside 2.7 billion euros here, including 264 million euros in Germany after 40 million euros in 2019. Here, the Kontor suggested that ING is one of the lenders of the insolvent Wirecard AG.

Commerzbank had written off its Wirecard loan, reducing profits by 178 million euros.

The  management board did not want to comment on Friday, but ING’s write-down on the Wirecard loan should be of a similar magnitude. In 2020 ING expanded its lending business with German customers, but overall the bank in Germany became more cautious and reduced its corporate loan volume by 3.5 billion to 31.5 billion euros.

How the 7-day incidence in Saxony-Anhalt is related to busy intensive...