1/5
“Seven federal councilors cannot do the same as 15 or 20 ministers,” says the ex-magistrate.

Hardly any Federal Councilor fits the attribute closeness to the people better than Adolf Ogi (78).  The  Bernese Oberland sat for 13 years, from 1987 to 2000, for the SVP in the state government. Ogi finds it wrong that his party colleagues refer to Alain Berset (48) as a “dictator” because of his corona policy – but he also criticizes the behavior of the SP health minister. Ogi also disrupts Federal Council communication in the pandemic. He is firmly convinced that Switzerland today needs 15 to 20 ministers instead of seven federal councilors, as he says to SonntagsBlick.

Mr Ogi, the Federal Council is currently standing on all sides in criticism. Can you empathize with the members of the government?

Adolf Ogi: In this pandemic, the country is in its greatest crisis since World War II.

The re is a risk that all group dynamics will break under such pressure.

The  way the Federal Council has to govern at the moment will probably no longer work in the long term. I am convinced of that.

The  state government, however, is just being quite harmonious.
Guy Parmelin acted well on Wednesday and presented himself to the entire Federal Council. That is his role as Federal President. But I don’t know how long the agreement will last.

The  pressure is enormous. Look how many construction sites, for example, Simonetta Sommaruga has in her much too large department. To do this, she had to lead the country through the crisis as Federal President last year. Or think of Alain Berset, who as Minister of Health has to deal 150 percent with the pandemic. He would actually also be responsible for the reforms of our social welfare systems such as AHV and IV, health insurance premiums and culture.

Representatives of your party call Berset a “dictator” because of the federal council’s corona policy. What do you think?
I think the wording is wrong. But you won’t hear any SVP bashing from me now.

Rather?
I will try to explain how this frustration arose. If the responsible Federal Council …

At least the Federal Council reacted:

The  proposals have recently been classified as secret.
If the Federal Council colleagues receive the concepts at six, seven or even later the evening before, there is no time to seriously analyze and assess them. It doesn’t work that way either.

So bad grades for the government?
No. I am not criticizing the Federal Council. We are in an exceptional situation. In times of prosperity and stability it is easier to govern than in times of uncertainty.

The  Federal Council is currently challenged to the utmost. In addition, the actual work only begins with the decision of the Federal Council: namely, the work of persuasion on the outside and inside. Incidentally, this will not be easier if the expert commission appears on Tuesday, the Federal Council decides on Wednesday and the same experts criticize this decision on Thursday. I am convinced that the Federal Council needs more time for itself and for managing communication.

How are you going to achieve that?
We must also be able to tackle the fundamental problems of the citizens in a fundamental way. That is why I advocate comprehensive governance reform.

What should this reform look like?
Seven federal councilors cannot do the same as 15 or 20 ministers in another modern democracy.

The  load would then be distributed over more shoulders. In this way, the members of the government would have more time to come into contact with the population and their problems – and to represent their policies in front of the people and make them understandable. This is more important than ever today: the mood in the country could change. It is also questionable whether it is still appropriate to fill the Federal Presidium every year. I am therefore proposing a three or four year term of office for the Federal President.

Some will say: Dölf Ogi, the fantastic! Aren’t today’s structures a recipe for success in Switzerland?
Was it! But we govern today with the same government structure as at the beginning of the state in 1848. Our country has had happy decades, which were characterized by stability. So long it went well. Today, however, the seven Federal Councilors can no longer meet the challenges that arise. We need more time for thinking and steering. And you know: the government colleagues in other countries are not lazy or dumber! When I was Federal President, we wanted to bring government reforms up for discussion as early as 1993 and 2000, and unfortunately we always failed. But now, at this most difficult time since 1945, it is a must to think about reform.

You were a member of the Federal Council for 13 years and twice President.

The re wasn’t always love there either.
Of course, I also experienced difficult times in the Federal Council. With Otto Stich, for example, or with Christoph Blocher. But after a difference they settled that over a meal together.

The n it was mostly done for a while. Today the world is different!

Especially active in France: Canadians are reaching for Carrefour

City dean Hermes on the mayor election: joy at the failure...

Compulsory testing and quarantine: Berlin classifies more than 20 countries as... 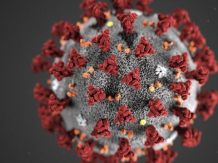