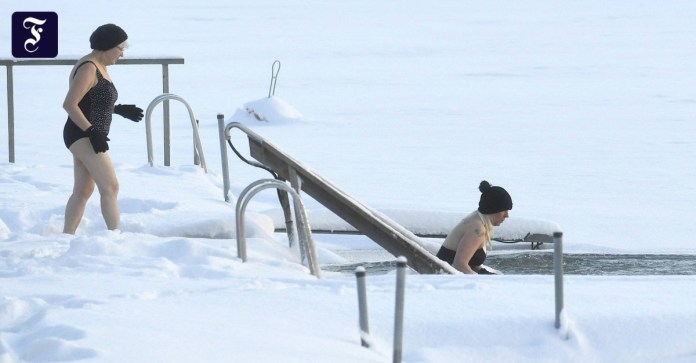 Ms. Graefe, the term resilience has been a catchphrase for around twenty years. It is related to people, but also to regions, ecosystems or democracies. At least since the beginning of the Covid pandemic, the term has seemed ubiquitous. Where are its origins?

Among other things, he comes from materials science. It refers to the fact that a substance quickly returns to its old state after external exposure.  The  concept of psychological resilience emerged in the 1970s. In a study in Hawaii, the psychologist Emmy Werner observed children in their development for decades. Some of them grew up in difficult social conditions and therefore had an unfavorable prognosis. But they turned out to be particularly robust and developed positively.

The y were called resilient. At the same time, the term resilience appeared in ecosystem theory. Today a psychological idea of ​​resilience is booming in the media and in self-help literature, which dilutes and popularizes Werner’s ideas, but also contains elements of ecosystem theory.

What makes this currently so attractive notion of resilience?

In essence, resilience means here that a person remains psychologically stable despite poor framework conditions, stress and other unreasonable demands of life, gets through hard times well, does not become unhappy or long-term depressed. Resilience is a concept of crisis management.

That doesn’t sound bad at first.

Clear. This is something we all want and instinctively try in difficult times. We ask ourselves: What options do I have to shape the situation? If we advise friends in a life crisis, it is often based on popular psychological resilience. I don’t necessarily see that as a problem.

What do you see one in?

First of all, that such a banality – people want to get through crises well – becomes a general ideal for action. We should be resilient today regardless of emergency situations; if we are not, we have to learn. While it used to be assumed that resilience was innate or acquired early in childhood, it is now believed that anyone can train it. Resilience thus becomes a requirement of attitude and action that no one can evade, especially if the world is widely perceived as crisis-ridden.

Often, resilience seems to be not just about enduring the crisis, but also about seeing it as an opportunity.

The re are different versions of it within the scientific discourse on resilience. One aims to get through, to be like before after the crisis. According to another version, crisis management lies in change. Because you adapt to the crisis, you change – that would be an opportunity.

The  idea of ​​the crisis as an opportunity has long been part of the popular psychological discourse. But coupled with resilience, the thought becomes even more important. Some even assume that resilience cannot be developed at all without difficult conditions.

We need resilience to get through crises, but we need crises to become resilient?

This is based on the logic of the psychological resilience concept. You can only learn it practically by dealing with real crises. Some claim that it is beneficial to have three to four traumatic experiences as a child to grow with. Resilience is also a political and economic concept. Judith Rodin, once chairwoman of the Rockefeller Foundation, speaks of the “dividend of resilience” and emphasizes that disasters like Hurricane Katrina in 2005 would have offered great investment opportunities for private investors in housing construction in retrospect. She quotes Churchill: “Never let a good crisis go to waste” – “Never let a good crisis slip by”. This sentence is picking up speed in a different way in the context of the resilience discourse.

Hildburghausen district: Ban on worship due to Corona remains in place

Cyberpunk 2077: The best optics are only available on the PC

Moving from Washington soon: what is Ivanka Trump doing now? ...