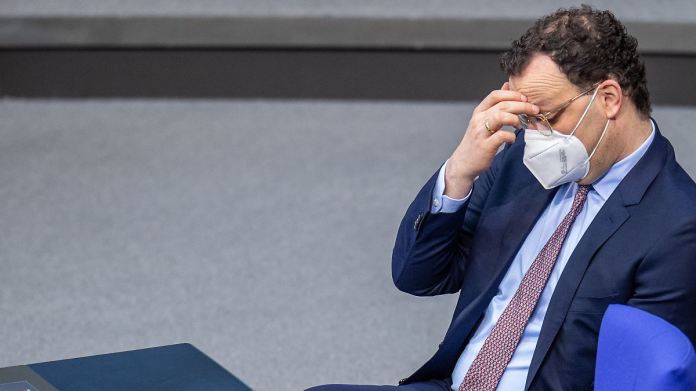 It was only a few days ago that Health Minister Spahn announced rapid tests for everyone from March 1st. Chancellor Merkel collects the appointment in the Corona cabinet – too many questions are still open. Spahn becomes the target of criticism, for example from FDP boss Lindner.
Federal Health Minister Jens Spahn has to take criticism after the introduction of free rapid tests that he had announced was postponed to March 1st. “ The  postponement of the fast tests is regrettable,” tweeted FDP boss Christian Lindner. “Testing, testing, testing is a building block for more freedom.

The  disappointment at the start of vaccination must not be repeated. Why does Austria already work in practice that we are postponing?”

Berlin’s governing mayor Michael Müller also criticized Spahn: “It is once again the case that the Federal Minister of Health announced things that will not come this way, or at least not so quickly,” said the SPD politician in the ZDF “Morgenmagazin”. If the corresponding test capacities are not there by March 1st, as announced, “we have to see that we can make up for that with other measures for the days until they are there”.

SPD parliamentary deputy Bärbel Bas joined the criticism and urged to hurry: “Precisely where measures are withdrawn, rapid tests must be available.” Spahn must now make sure that this happens quickly.

After the meeting of the Corona cabinet on Monday afternoon, government spokesman Steffen Seibert said that free rapid tests for everyone should only be discussed during the federal-state consultations on March 3. Spahn had recently announced again and again that from March 1st, all citizens would be offered to be tested free of charge by trained staff with rapid antigen tests – for example in test centers, medical practices or pharmacies. According to Chancellor Angela Merkel, opening steps should be undertaken in three packages. An accompanying expansion of the rapid tests should play a central role.

Too few answers to Merkel’s questions

As ARD and “Bild” newspaper report, the reason for the postponement of the comprehensive rapid tests is that too many questions are still open. Spahn did not have sufficient answers in the Corona cabinet to Merkel’s inquiries about capacities and permits. It is therefore also unclear how exactly the rapid tests should be organized in the states – hence the reference to the federal-state round. Merkel therefore conceded the date of March 1st.

Seibert described the tests as a means of securing daily opening steps. It should also be clarified how many rapid tests can be given to everyone free of charge.

The  federal government is to finance this. A spokesman for the Ministry of Health made it clear, however, that the state will not cover the costs of companies that have already regularly tested their employees. He also emphasized that discussions with manufacturers had secured 500 million rapid tests this year.

In addition to the rapid tests, the way for self-tests for laypeople should also be paved.

The  rapid tests can already be used in nursing homes, clinics and, after infection, in schools, for example. However, these antigen tests are not considered to be as precise as other PCR tests. According to the Robert Koch Institute, a positive result must therefore be confirmed by a PCR test.

The recorder is the fourth most popular instrument in Germany

No hope for Berliners of Corona easing at Christmas – BZ...