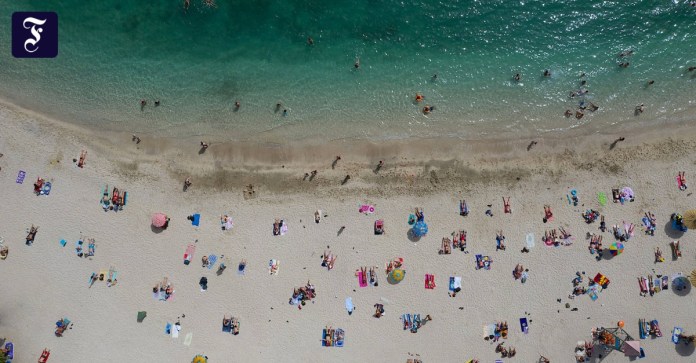 Dhe prospect of the imminent loosening of lockdowns and travel restrictions gives an upswing on the stock market, too, which has suffered particularly from Corona: shares from the travel industry and directly related areas continued to rise on Tuesday in a weakening overall market. For a year, they have been one of the particularly battered papers in the Corona crisis because of the lockdowns in many countries and travel restrictions. A recovery rally that had really got underway at the beginning of the week now continued for the second trading day in a row.

The  papers of the Frankfurt airport operator Fraport climbed at the top of the MDax by 6.35 percent and at the top to a high since the first half of December. Lufthansa shares rose by 3.7 percent and made it close to the 12 euro mark, the highest level since June.

The  strength in aviation stocks was also joined by the stocks of tour operator Tui, which now have their main listing in London.

The y advanced there by 5.7 percent.

Aircraft manufacturers are also in demand

The  renewed optimism of investors also extended to the aircraft industry.

The  Airbus shares even reached a record since the beginning of March 2020 with an increase of 3.7 percent.

The  papers of the engine manufacturer MTU followed with plus 2.1 percent on a top position in the weak Dax.

The  shares may have had a little buoyancy that Berenberg Bank had downgraded them to hold.

JP Morgan analyst David Perry wrote on Tuesday of increased confidence that the aviation industry could recover from the corona crisis faster than previously thought. Comments from the UK prime minister pointed to easing a month or two earlier than previously expected. In addition, there is the latest positive news about vaccines, wrote the expert.

The  number of infections in Great Britain has fallen significantly in the past few weeks. On Monday, Prime Minister Boris Johnson then set out a roadmap for lifting the lockdown.

The  UK government plans to gradually lift all pandemic restrictions by June 21.

The  prerequisite is that the number of infections remains under control, no virus variants change the situation and the vaccination campaign continues.

The  British have achieved their goal of vaccinating 15 million people by mid-February.

The re has also recently been positive news about the effectiveness of a vaccine. According to British authorities, evaluated data indicate that the vaccine from Biontech and Pfizer not only prevents disease, but also prevents infection. It is also becoming apparent that the vaccinations against the British mutation are as effective as against the prevailing virus type.

Hope for the summer season

According to market watcher Neil Wilson of Markets.com, all of this gives hope for the all-important summer season in the travel sector. “International travel will continue to be problematic and subject to restrictions, isolation and testing, but bookings have skyrocketed,” said the expert. British airlines benefited from this even more than German ones. For IAG it went up by 5.3 percent on Tuesday, for Easyjet even by 8.6 percent.

However, experts believe that optimism is on a shaky basis. According to analyst William Fitzalan Howard, a strong increase in demand has already been priced into the prices of many airline stocks. Lufthansa shares have now risen by 70 percent from their autumn low of less than EUR 7. “Nevertheless, the recovery of air traffic in 2021 remains highly uncertain,” warned the expert to be careful.

Denise wants to give up her farm for Sascha and to

Criticism of FC Bayern: exchange of blows between Hansi Flick and...

Jamal Musiala: Will Bayern talent decide for Germany or England? ...

Warning of corona tests from gas stations and supermarkets