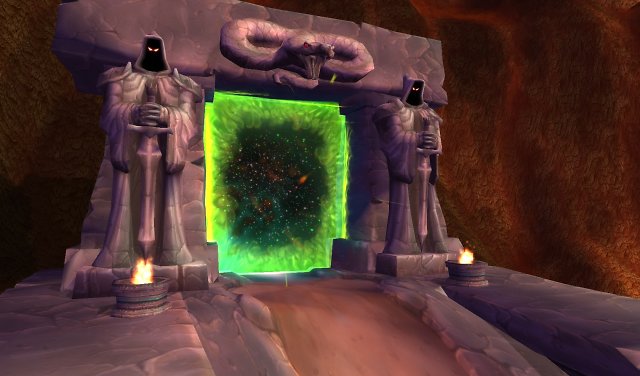 02/22/2021 at 3:00 p.m.
from Karsten Scholz –
In our round of interviews with those responsible for Blizzard, we had the feeling that the developers underestimated how many players are looking forward to Burning Crusade Classic for World of Warcraft. This would be repeating a mistake that they made before the launch of WoW Classic.

Im Special TBC Classic – What Mistakes Should Blizzard Avoid? I already wrote about it: I think it is absolutely necessary that Blizzard announce and provide new servers for Burning Crusade Classic in good time.

The  reasons, in a nutshell:

For example, John Hight explained to us that layering will only be a short-term measure to be able to cope with the high influx of players around the launch. As soon as the players have distributed themselves to the different areas, you will probably be able to cancel the layers again. When we suggested that Outland is much smaller than the Eastern Kingdoms and Kalimdor, the developers initially ignored it. Later, John Hight added that one must not forget: Many players will not play Burning Crusade Classic, but instead opt for the Classic-era servers.

What about it: Do you share my fears or do you believe, like Blizzard, that the current number of Classic servers is sufficient for Burning Crusade Classic? Tell me in the commons!

Image gallery for “WoW: Is Blizzard underestimating the anticipation of Burning Crusade Classic?”

No Angels Revival on Spotify: For the little escape from the...

Eastern Switzerland – Crashed on the approach to Altenrhein Airport: 70-year-old...