FC Schalke 04 can gradually plan for the second division after the derby defeat against BVB. In the event of relegation, coach Christian Gross will probably have no future in Gelsenkirchen. No wonder that the Royal Blues are already discussing possible successor candidates.

As “Sky” reports, the name Domenico Tedesco was mentioned during the talks.  The  35-year-old already trained the miners between 2017 and 2019. In 2018, the miners under the 35-year-old won the runner-up.

Tedesco is currently on the sidelines at Spartak Moscow. However, both games end their collaboration by the end of the season at the latest.

TV expert Lothar Matthäus sees the native Italian as the ideal coach for the troubled district club. “Tedesco is still very important to Schalke. I would trust him to usher in a new era with the reconstruction of Schalke,” said the 59-year-old on “Sky”.

After the 0: 4 against BVB, FC Schalke 04 are still in last place in the table with only nine points. Matthäus described the performance after the derby as “terrible”.

In addition, the record international criticized the performance of FC Bayern.

The  Munich team lost 1: 2 at Eintracht Frankfurt on Saturday afternoon.

Due to the thin squad, the championship is “in danger”. “FC Bayern are vulnerable,” said Matthäus, who confirmed that the defending champion had a mental problem due to the full schedule.

In addition, the German record international criticized the performance of the summer purchases. “

The  newcomers have so far not shown that they have the DNA of Bayern Munich. It takes too long for me,” said Matthäus, who sees Borussia Dortmund and RB Leipzig better positioned across the board.

The  weak period of FC Bayern is also reflected in the table. Although Munich continue to lead the Bundesliga, the lead over RB Leipzig is now only two points.

Schalke 04 – a portrait of coach Dimitrios Grammozis: “Behind the friendly facade there is a tough dog”

Already over 50 million corona vaccinations in the USA

The new DSDS season starts in January 2021, and Wendler is... 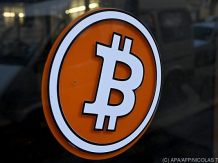 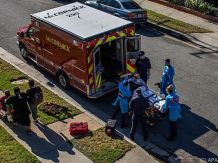