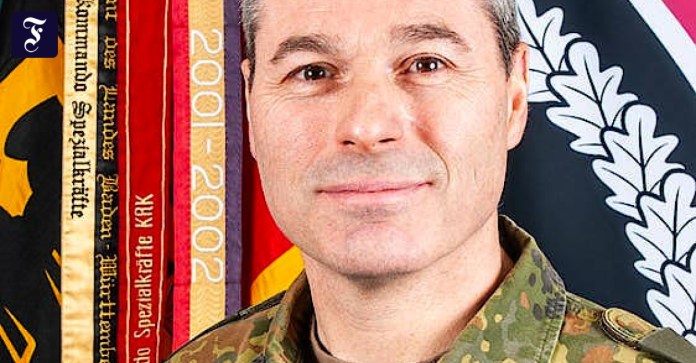 Dhe Special Forces Command (KSK) is once again at the center of internal investigations.  The  reason for this is a possibly illegal ammunition collection.

The  suspicion is in the room that the commander of the command, Brigadier General Markus Kreitmayr, may have initiated it in order to bring lost, stolen or incorrectly stored ammunition back into the command’s inventory. Who is actually responsible for the legally questionable collection is currently being determined. To collect lost or stolen ammunition, so-called “amnesty boxes” were set up, in which KSK members affected could anonymously deposit ammunition with impunity. Unlike in the United States, where the “amnesty box” is common, the rules of the Bundeswehr do not provide for such a procedure.

As was learned on Tuesday from parliamentary circles and the Ministry of Defense, there is currently a struggle whether Kreitmayr will be replaced. Kreitmayr has led the command, which is stationed with around 1,000 soldiers in Calw, since 2018.

The  general had made a name for himself in the affair of alleged right-wing extremist commandos and activities and is considered to be the most important link between the reform demands of the Ministry of Defense and the special force in Calw. One of three command companies was dissolved there last year and a far-reaching package of measures for structural changes was launched. Should the general of the KSK now become involved in illegal activities, his replacement would be inevitable.

Various media had already reported on Monday that Kreitmayr’s replacement was imminent. But there is apparently a hard fight behind the scenes to see if he can stay. In this context, a public intervention by the chairman of the German Armed Forces Association, Hendrik Wüstner, was perceived as extremely unusual.

The  head of the union organization warned Defense Minister Annegret Kramp-Karrenbauer (CDU) urgently on Wednesday against Kreitmayr’s release from his command. Wüstner told the German Press Agency: “If Markus Kreitmayr – as reported by the media – should be replaced by the minister or if the dissolution of the KSK is up for debate again without a comprehensive investigation beforehand, I fear a greater loss of confidence in the Armed forces. ”He does not want to imagine, Wüstner continues, that Kramp-Karrenbauer gets into the“ old waters ”of her predecessor Ursula von der Leyen. At that time one could get the impression “that pawn sacrifices as a supposed sign of leadership strength were more important than clarification and classification of the situation”.

The  chairman of the association also made a personal declaration of honor for the Bundeswehr general: “I know Brigadier General Markus Kreitmayr as an extremely honest, conscientious officer. He took vigorous action against the grievances that became known at the KSK and initiated a major cultural change. ”

Nevertheless, intensive interviews and interrogations are still ongoing in the ministry about the incidents. It is said that Kreitmayr’s collection campaign was known to his superiors in the army as well as in the ministry.

The re have been investigations for a long time.

The  Armed Forces Commissioner Eva Högl, who was closely involved in clearing up the incidents, said on Tuesday: “I have never heard of the amnesty campaign before and that applies to the entire office of the armed forces commissioner”. She called for full clarification.

Meanwhile, Inspector General Eberhard Zorn is urging that the investigation be concluded quickly. According to the Ministry of Defense, there is also the allegation of possible thwarting of punishment in the current surveys. “

The re seems to have been a lack of culture at the KSK in which it was believed that rules and regulations only apply to others.

The  KSK will only have a future if this non-culture is permanently broken up and changed, ”the ministry said.

The “Bachelor” is serious: Put an end to exhausting discussions! ...

16-year-old was behind the wheel: the vehicle was thrown into the...