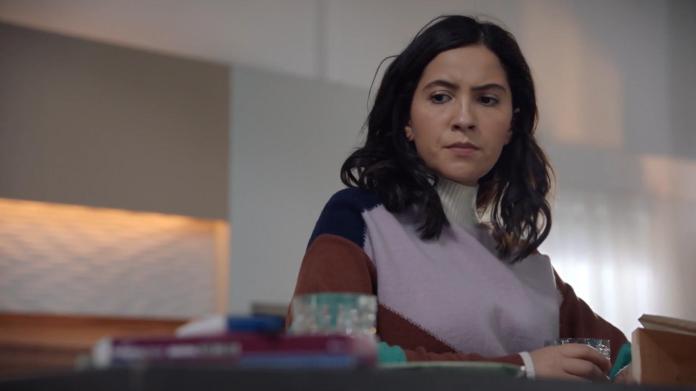 Shortly after the breakup, the shock

Felix (Thaddäus Meilinger) and Laura (Chryssanthi Kavazi) are separated – and Laura still has to nibble on that. But she has to look ahead. But suddenly it is thrown back again. She fears that she is pregnant – from her ex of all people … What exactly happens, we show in the first part of the weekly preview.

The  second and third part with GZSZ actress Ronja Herberich can also be viewed here – just scroll down.

Philip also throws Emily out of the apartment

Philip (Jörn Schlönvoigt) and Patrizia (Birgit Würz) have split up – his siblings John (Felix von Jascheroff) and Emily (Anne Menden) are not entirely innocent of this. Because they were against the relationship from the start. Philip has already broken up with his brother and thrown him out of the apartment. However, he has always stuck to his twin sister until now. But when he realizes that she wanted to manipulate him, it bursts out of him. He also throws her out of the flat. You can see more in the second part of the weekly preview.

The latest on the corona crisis – several ski areas in...

Dakar thriller: is there a happy ending for KTM?

Despite a false start to the season – Basel coach Sforza...