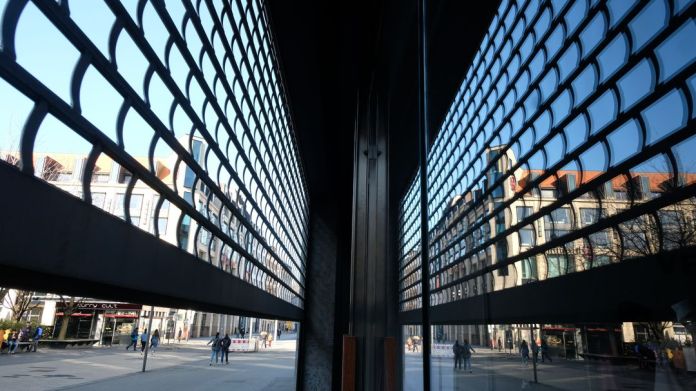 Berlin.  The  chairman of the “Wirtschaftsweise”, Lars Feld, sees great risks for economic development and has dampened the expectations of companies regarding opening plans. “You can make all kinds of plans. But if a third wave comes, these will be obsolete, ”said Feld of the German press agency.

The  corona virus variants are an uncertainty that also has an economic impact. Business associations such as the German Chamber of Commerce and Industry (DIHK) are vehemently calling for an opening plan.

Feld announced that the Council of Economic Experts will revise its forecast for the current year downwards. In the assessment presented in November, the “economic wise men” were still assuming a growth in gross domestic product of 3.7 percent in 2021.

The  updated forecast will be published in March. “A 3 before the decimal point is still possible if further border controls are avoided and there are gradual openings after the lockdown.

The n there can be strong growth from the second quarter. “

However, according to Feld, this is not certain. “If the virus variants continue to spread and there is a third wave, all forecasts are wasted.” Last year economic output slumped by 5.0 percent.

The  director of the Institute for Employment Research (IAB), Bernd Fitzenberger, warned of the effects of a possible extension of the lockdown. “If a further extension of the lockdown were necessary from an epidemiological point of view, this would delay the economic recovery,” said the head of the research institute of the Federal Employment Agency in the newspapers of the Funke media group.

Fitzenberger referred to a new company survey conducted by his institute, according to which, according to IAB information, 9 percent of the companies stated that their liquid funds would last up to four weeks and 21 percent for up to two months. In the hospitality industry, this was even reported by a quarter. “It is all the more important that you don’t have to stand in the rain and that state aid arrives and takes effect on site.”

The  DIHK spoke out in favor of a restart of economic life “according to nationwide uniform criteria with comprehensible rules for companies”.

The  umbrella organization of the 79 chambers of industry and commerce has sent Federal Minister of Economics Peter Altmaier (CDU) a series of proposals. Among other things, it says that rapid tests and digital tools could be groundbreaking to reactivate economic life in the areas that are currently badly affected.

The  aim is to enable an economic opening soon, especially where personal, preferably digital, tracking is possible,” quoted the “Rheinische Post” from the letter. Examples of digital solutions Registration systems for collecting visitor data as well as “a temporarily valid digital Corona passport to prove a negative rapid test.

The  information from such a Corona passport or a digital business card could not only be used in the health sector, but also in business, for example when accessing workplaces and events or for business trips.

The  view of the individual case

The  DIHK spoke out in favor of finding individual solutions for various industries. A blanket closure of entire branches of industry should no longer be ordered if compliance with applicable infection protection measures is guaranteed through hygiene concepts plus test strategies and, at the same time, the mobility of citizens can be controlled with digital concepts.

The  international value chains of the German economy, for example, should not be interrupted by border closings, emphasized the DIHK.

The  President of the Federation of German Industries (BDI), Siegfried Russwurm, also sees the prospect of a rapid economic recovery subdued. “If the value chains hold and production can continue, the negative impact on the economy will remain limited, but 2021 will also be another difficult year for industry,” said Russwurm of the “Rheinische Post”.

The  situation at the borders poses a considerable economic risk. “I can only warn of border closings or interruptions in supply chains.”

Economist Feld said he could understand the desperation some companies felt about the length of the lockdown and the lack of perspective. “But overall there is a huge range in the economy.

The  hard hit industries are now in the foreground. Manufacturing and construction are currently still doing relatively well. Due to the border controls to areas with virus variants, there is a risk of interrupting value chains. That would hit the manufacturing sector hard. ”

The re are border controls with the Czech Republic, for example – an important production location for German companies too.

The  lockdown with the closure of restaurants and many retail stores was recently extended by the federal and state governments to March 7th. Chancellor Angela Merkel (CDU) and the prime ministers of the federal states want to discuss how to proceed on March 3rd.

That’s what citizens think about the corona vaccination

Austria – LASK in the live ticker

Corona vaccination changes genetic material? That is why the fear...

Shortly after his separation: This is Domenico De Cicco!

Vaccinations and wearing masks for 100 days

Mega recall in Germany: many well-known products contaminated with poison