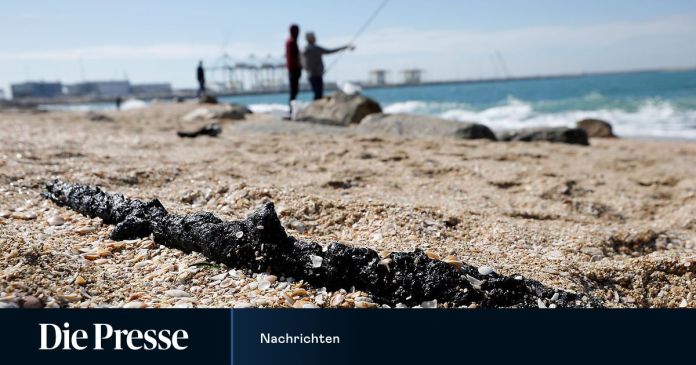 Citizens were told not to go swimming.  The  animal world was particularly hard hit. It was initially unclear where the oil ran into the sea.

The  environmental pollution could endanger health, it said to explain.

The  animal world was particularly affected, numerous marine animals such as turtles were covered with a black, sticky film. A young fin whale was washed up lifeless on the beach.

Israeli Prime Minister Benjamin Netanyahu visited the beach near the port city of Ashdod on Sunday. He said the environment ministry would work out a plan to clean up the beaches. In talks with its southern neighbor, Egypt, it was suggested that ships in the Mediterranean should be equipped with environmentally friendly fuel in the future. “When multiple countries work together, we can make a big difference in a few years, keeping the sea, land and beaches clean.”

Interview with Stefanie Graefe about resilience

New study on the effect of the corona vaccination: Can vaccinated...

Corona: Lauterbach with gloomy prognosis for Germany – “facing the toughest...

Recall from Rewe: fruit product could contain a neurotoxin – do...

iOS and Android updates ahead: it’s down to business before Christmas