In the fight against the CoV pandemic, the Italian government is extending the travel ban between the domestic regions until March 27th.  The  Council of Ministers decided that today.

The  rule that one cannot receive more than two adults at home remains upright.

Italy is also sticking to the traffic light system that has been in place since October. According to the Council of Ministers, this has helped contain the infections and is also useful in the fight against virus mutations.

Italy is now trying to produce its own vaccines against the coronavirus. Industry Minister Giancarlo Giorgetti is planning a meeting tomorrow with representatives of pharmaceutical companies with the aim of starting vaccine production in Italy. Italy has the know-how in the pharmaceutical sector to independently manufacture vaccination doses, it was said from Rome.

In addition, the Italian government is trying to resolve existing delivery problems with vaccines.

The  President of the Supreme Health Council CTS, Franco Locatelli, assured that the bottlenecks in connection with the vaccine of the British-Swedish pharmaceutical company AstraZeneca are temporary.

Italy is expected to receive a further 7.7 million vaccine doses by the end of March. After Germany, Italy is the country with the most people who have already received the second dose of the vaccine, Locatelli said. LOTS OF OPEN QUESTIONS: CDU Saxony-Anhalt in the crisis after Stahlknecht... 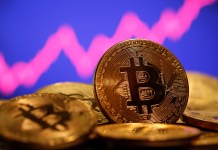