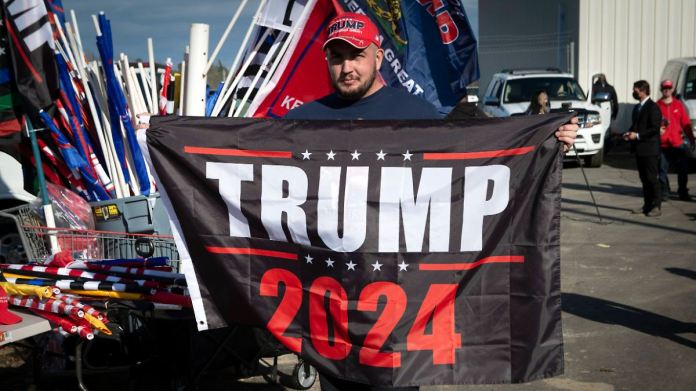 It’s a question that hovers like the sword of Damocles over the Republican Party in the US: Will the elected ex-President Trump try to run again in 2024?  The  speculations are fed up: he wants to “stick with it”, says his daughter-in-law.
Lara Trump has fueled speculation that her father-in-law Donald Trump could run for the Republican presidential nomination for the 2024 election. “He told us to stay tuned; that this is not over for him. And he has indicated that he would probably be interested in running again in 2024,” said Lara Trump, wife of Eric Trump, told Fox News. Trump was the leader of the Republican Party and the one everyone would turn to for support for the 2022 congressional elections or beyond.

However, since Trump was voted out of office, a dispute between Trump supporters and traditional Republicans has flared up in the Republican Party. Trump himself had also intervened in these: Most recently, he had openly attacked the top Republican in the US Senate, his former ally Mitch McConnell.

However, Trump has not appeared in public since he left the White House. That should change in the coming week: Trump is on the list of speakers at the annual CPAC conference – an event organized by conservative activists. He wanted to talk there on February 28, among other things, about the future of the Republican Party, reported the news channel CNN and the “New York Times”.

So far, 200 CoV-positive tested throughout Tyrol

Interview with rapper: When Loredana arrives, “there is always a major...