Jamal Musiala was allowed to warm up at halftime in Frankfurt, but the 17-year-old came on after the 2-1 defeat in the 82nd minute. For Eric Maxim Choupo-Moting, who was again in the starting line-up instead of Thomas Müller (Corona).

As in the 3: 3 against Bielefeld, the 31-year-old was unable to convince, barely had access to the Bayern game and was never able to stage Robert Lewandowski in front. By the time he was substituted for Musiala, he made 45 ball contacts, was only involved in one of Bayern’s 17 shots on goal and only won 31 percent of his tackles.

In the position that is actually made for Musiala and yet Hansi Flick is currently holding him back instead of letting go.

Why Choupo-Moting instead of Musiala? SPORT1 asked Flick!

“Because of his physical condition and because he is very experienced about what was important today, we decided on him,” explained the sextuple trainer. For Musiala these words should be little consolation because he literally scratched his hooves beforehand.

After being substituted on, Musiala often sat in the limelight, demanded balls and maintained them in a small space.

The  CHECK24 double pass with David Wagner and Max Eberl – on Sunday from 11 a.m. on TV on SPORT1

Bringing him earlier was not an option for Flick: “Everyone had a hard time in the first half. We weren’t there right from the start. Frankfurt did very well in the first 45 minutes, and repeatedly followed by dangerous attacks worn in front.

The  second half the team was then completely on the pitch. That’s exactly how we imagine it. We can be satisfied with the way we played in the second half. “

“He will surely get his games”

The  shooting star of the current season is certainly not making claims, but he too will wonder why he is hardly used at the moment. It is true that it no longer plays as refreshingly and easily as it often did from September to December last year. Nevertheless, he is an invigorating element in his missions.

One hears from his immediate environment and within the club that nothing has happened. Musiala is popular, subordinates himself, trains well and even received special praise from Flick during the Club World Cup: “He is very good on the ball and can solve one-on-one situations. Even if he doesn’t look so physically strong, he works good against the ball. He’ll definitely get his games and be a regular at some point. ”

He is currently still a long way from that: In nine Bundesliga games this year, Musiala only played 93 minutes, he did not score a goal or assist. He was not used three times, most recently against Bielefeld, when Bayern had already struggled on the offensive. In the cup failure in Kiel (7: 8 nE) he was replaced after an inconspicuous performance after 74 minutes.

Interesting: Just in time for his 18th birthday on February 26th, Bayern actually wanted to extend their super talent and have given him a long-term million dollar contract. But Musiala has not yet signed, although the talks went well and he intended to stay in Munich.

Will he change his mind because of the lack of playing time? The new features of the Aston Martin AMR21

For January: ticket prices in local transport in Saxony-Anhalt are increasing

Firecracker explodes in the face of Steirer – Emergency Doctor –... 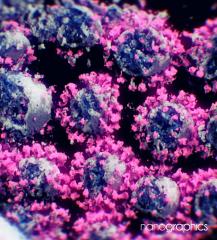 Doctors in Erlangen discover Covid risk factor in the blood –...

COVID-19 vaccination: common concerns – and what an expert has to...