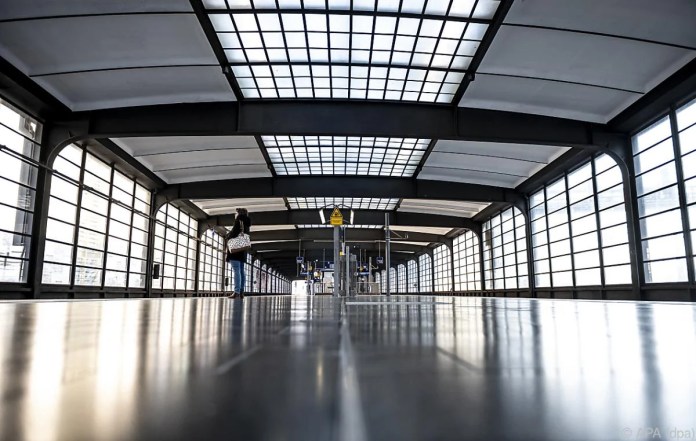 Jana McKinnon is the leading actress in the new Amazon series “Wir Kinder vom Bahnhof Zoo”. She plays Christiane F., a young person whose clique is increasingly slipping into a drug swamp.

The  model is based on the memories of a 16-year-old, published in 1978. In the interview, McKinnon talks about her experiences while shooting and her future plans.

Question: In 1981, Natja Brunckhorst played the role in the theatrical version of “Wir Kinder vom Bahnhof Zoo”. For years she was known as the face of Christiane F. Did you have concerns that this role could shape your acting career too much?

Answer: You don’t cancel a role like this when you get it. It was also incredibly fast. I found out about the casting on Friday, had the lyrics on Saturday, went there on Monday morning and had the role on Tuesday. It was such a short process that I hardly got a chance to think. But I wouldn’t have made a different decision if I had the time. (…) It was completely clear to me that I really wanted to do that.

Question: How did you deal with your character’s experiences?

Answer: It’s a role that you don’t shed when you go to bed. You fall asleep with it and you wake up with it. What I have found for myself is to do other things at the weekend and do things for myself and be in contact with my friends and family. (…) So I got through time well. But of course it’s an intense role. You have to let yourself fall into it to a certain extent. Otherwise you can’t play that for such a long period of time.

Question: How did you film the scenes with a syringe in your arm?

Answer: In scenes where it can be seen, we used the syringe. But they were blunt needles. You couldn’t have stabbed it. We set them up as if we were going to stick them in. And then “Cut” was already said. And there was one day when people were just busy taking macro shots of silicone arms with syringes inserted and blood flowing through them. But we learned how to put a syringe in, with saline of course. We had a drug advisor to help us prepare. We asked him holes in the stomach. Before that, I had an injection phobia and a real disgust for injections. Whenever I had to have a blood drawn, someone always had to come along and hold my hand.

The n I looked away and everything. And then I knew: I wouldn’t get very far with that if I played this role. I then did it under the guidance of the drug advisor and overcome my fear of injections. I can now hold it well in my hand.

Question: Do you see drug addicts differently today than they were before the shooting?

Answer: I think so, because I was very busy with the drug. It made me very empathetic. As a person, I’ve grown a lot with the project. I’ve had so many experiences and met so many people. Of course, that also moved me personally. Today I go through the world differently than before.

Question: You have been in front of the camera since you were a child. Now you are 22, you already have the “New Faces Award”. What are your plans for the future?

Answer: I have a lot of different interests and I’ve been acting for a long time. As a child, I mainly made short films and student films. I didn’t even find out until I was 15 or 16 that you get paid as an actor. I didn’t even know it was a job. I also do other things on the side. I keep all doors open for myself at the moment because I love acting very much, but I also need to keep doing different things and taking time to pursue other interests. I’m being completely honest: I don’t know how things will go on right now. I’m curious to see what happens when the show comes out and how it goes from there.

Question: What do you think of the 1981 film? It was also on the curriculum in many schools.

Answer: I think the film from back then is amazing. And it also stands for itself. I really like the movie. I looked very closely at how leading actress Natja Brunckhorst looks at the world and what happens in her eyes when she sees certain things. Because you often have the feeling that she didn’t even know what was going on. I found that incredibly exciting and it also helped me a lot in preparation. I also think it’s very good that this film and book are still being discussed in schools. I don’t know if you can go to school with a series.

The re is probably no time frame for this. But of course I hope that many will watch it at home and feel touched by it.

Question: Do you want to do such a big series again?

Answer: Not really at the moment, because I’m also currently concentrating on my political science studies. But let’s see what the future brings. I like to let myself drift. I had a film at the Berlinale last year in which I played a small role but was also involved in the development: “

The  Trouble with being born”. He’ll come out as soon as the theaters open again. And in the autumn I made a film with Clemens Schick about the Austrian Otto Muehl commune, a left-wing artist commune in the late 1970s. I played a young woman who grew up there. It’s about a girl who falls in love, although love between two people is forbidden in the commune.

(ABOUT THE PERSON: Jana McKinnon (22) grew up in Australia and Vienna. She was four when she first appeared in a short film. She starred in the movie “Beautiful Girl” (2015). In 2020 she won the New Faces Award as the best young actress.)

The  interview was conducted by Christof Bock / dpa)

PS5: Can I upgrade purchased PS4 games for free?

Reese Witherspoon mourns the loss of her colleague Jessica Campbell

Messe Frankfurt does not organize any shows in the second quarter...

“More than Little Jerusalem”: 1,700 years of Jewish life in Germany...