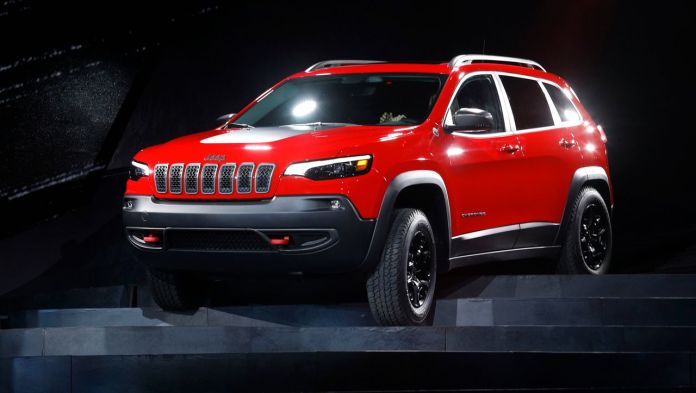 Members of the Cherokee indigenous peoples have called for their name to be removed from the Jeep company’s off-road vehicle of the same name. “I’m sure it was meant well, but it doesn’t honor us to see our name on the side of a car,” Cherokee Nation chief Chuck Hoskin Jr. said in a statement. He called for a “cultural appropriateness” debate with the manufacturer.
“We live in a time when companies and sports clubs should stop using Native American names, images and mascots on their products and jerseys,” Hoskin said. Those who want to honor their people should learn about their sovereign government, their role in the United States, their history, culture and language.

A spokeswoman for parent company Stellantis told the Guardian that the name of the model was carefully chosen and “cultivated over the years to honor and celebrate the Native Americans for their grandeur, bravery and pride.” It remained unclear whether the company plans to rename. Jeep has been using the name Cherokee since 1970 with a break of several years. A trim level of the Jeep model Gladiator also bears the name »Mojave«, which describes a desert in the southwest of the USA, but also in the indigenous people of North America.

In the past, significantly more automakers used Native American names for models that have since been discontinued, such as the Chevrolet Apache and Cheyenne, the Dodge Dakota, and the Jeep Comanche. Manufacturers outside of the USA also use this scheme for names of their models. For example, the VW Touareg is named after the Tuareg who live in North Africa, while the name of the Nissan Qashqai is based on the name of a people living in Iran.
A debate continues in the US that led to the renaming of two prominent sports teams.

The  “Cleveland Indians,” a baseball team, announced at the end of last year that they would part with their racist name.

The  club had previously done away with its mascot, an Indian cartoon called “Chief Wahoo”.

The  Washington Football Team has also parted ways with its old name “Redskins” (red skins). Natives of the USA had previously campaigned unsuccessfully for decades to change the hurtful and racist name. It was only when important sponsors put pressure on the club to abandon its name.

Austrians second in Europe in terms of financial well-being

Rapid tests as a solution to the pandemic? There are...