The  chairwoman of the Liberal Jewish Community of Hanover, Rebecca Seidler, pointed this out. “We don’t sit on packed suitcases, but there are moments when we keep checking where these suitcases are,” said Seidler on Deutschlandfunk.

The  festival year “1700 years of Jewish life in Germany” should therefore primarily provide positive insights into Jewish life in order to counter anti-Semitism and prejudice. “We Jews celebrate that we are alive,” said Seidler, “in spite of the adversities and attempts to completely wipe out Jewish life here.”

Seidler praised the work of the Federal Government’s anti-Semitism commissioner, Felix Klein. This will trigger a continuous dispute. Ultimately, however, society as a whole is called upon to oppose anti-Semitism, racism and other forms of xenophobia on a daily basis. No Jewish festival takes place without police protection. That is difficult.

Seidler complains that too little is known about “inner-Jewish diversity”. Instead, the image of the Jews is determined by “exoticization and folklore”. In school books and media reports, pictures are often taken of ultra-Orthodox people because they are supposedly visible to Jews. This image is inoculated, said Seidler. She wants to break that. When doing educational work with school classes, she often experiences “insignificant findings: Jews are so normal.” But a lot has been gained with that.

Your own community represents a liberal Judaism. That means: there are also female rabbis, and women and men pray together.

The  services are not only held in Hebrew, but also in German and Russian, “so that everyone has the language of their heart and can follow the service well”.

In Seidler’s view, Judaism is mostly occupied with three themes: Shoah, anti-Semitism and Israel. Most of the time, all topics are associated negatively and these ascriptions often paralyze open dialogue because there are many prejudices.

“It is strange when people blame me for Israel’s politics, attack me for it and wish I could go back to my homeland, although I was born here,” said Seidler in the Dlf. “I experience that my Jewish identity and my German identity are assessed as a contradiction.”

The  opening event for the festival year “1700 years of Jewish life in Germany” will be broadcast on Sunday from 4.30pm to 5.30pm on ARD.

The  Gürzenich Orchestra Cologne is holding a special concert that will be broadcast via the orchestra’s live stream from 8:15 p.m. Around a thousand events are organized nationwide under the name # 2021JLID. In addition to concerts, there are also exhibitions, films, a podcast as well as theater and video projects.

According to estimates by the “Jewish Data Bank”, around 225,000 Jews live in Germany. It is the third largest Jewish community in Europe after France and Great Britain.

The  largest communities are in Berlin, Munich and Frankfurt.

Since 2007 the membership of Jewish communities has decreased slightly. One of the reasons for this is that hardly any Jews immigrate from the successor states of the Soviet Union. In addition, there is the demographic change: Around 48 percent of the community members were over 60 years old in 2019.

Two accidents within a few minutes on the A33

Criticism of the Corona measure: border controls cause displeasure

Salzburg fears about remaining in the European Cup: “It will be...

Christine Neubauer has romantic plans for 2021 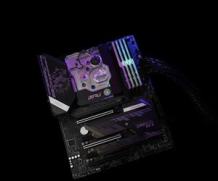