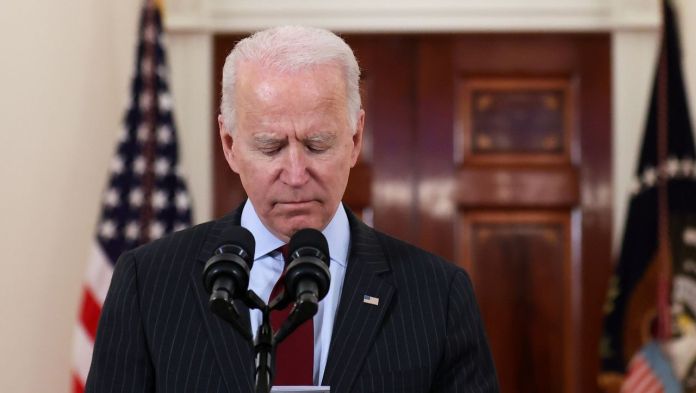 500 candles lined the steps of the White House – a symbol of the deceased. US President Joe Biden and Vice President Kamala Harris commemorated the more than half a million Covid deaths in the United States. A year ago, in February 2020, the first corona pandemic victims were registered in the USA.

Joe Biden, President of the United States
“Today we mark a dark, harrowing milestone: 500,071 deaths. More Americans died from this pandemic in a year than in World War I, World War II, and the Vietnam War combined. ”

The  country’s leading virologist also spoke up – and spoke of a failure in the fight against the virus.

Anthony Fauci, White House Advisor
“All nations had a problem. But that doesn’t explain how a rich and highly developed nation has the highest percentage of dead and can become the hardest hit country in the world. That should not have happened.”

With this, Fauci is targeting then President Trump. He had repeatedly exposed his own virus expert in public and ignored the wake-up calls from the experts.

The re were just very different messages coming from the White House to the public: the medics asked that the guidelines be followed. At the same time, the president spoke of “liberating” individual states from lockdown. That wasn’t helpful. “

A swipe at the ex-president – whom the current incumbent also clearly addressed:

Joe Biden, President of the United States
“While we are commemorating the dead, I ask you to remain vigilant: adhere to the rules of distance, wear masks, get vaccinated when it is your turn. We must end the politics of misinformation that has divided families, communities and the country. It has already cost too many lives. It is not Democrats or Republicans who are dying from this virus – it is our fellow citizens, our neighbors, friends, our mothers and fathers, sons and daughters, husbands and wives. We have to fight this fight together as one people, as a United States of America. “

As a sign of mourning, the American flags in the United States will fly at half-mast for five days, as here on the White House.

Corona vaccine is also likely to work against mutation

New Year’s Eve riots: After criticism, the police are now on...