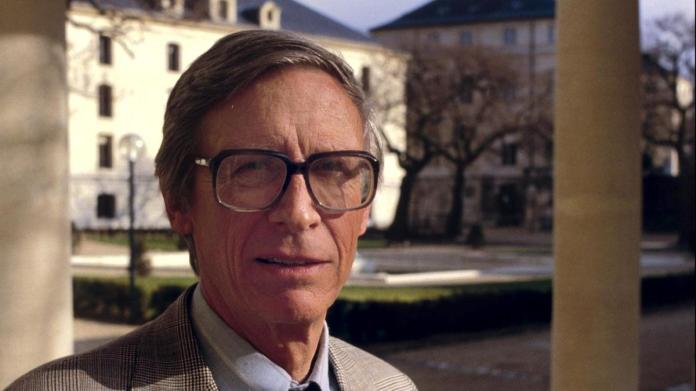 The ory of Justice” appeared in 1971, the guiding principle of the book, Justice as Fairness, was already on everyone’s lips. One reason for this was his lecture of the same name, “Justice as Fairness”, which was given at the end of 1957 and published in 1958 in the “Journal of Philosophy”. While a year earlier the diagnosis of the British historian Peter Laslett seemed to apply that political philosophy was “dead” at present, Rawls raised the hope of his contemporaries that one of the great traditions of political thought of Hobbes and Locke, Rousseau and Hegel would tie in.

Not only the sales figures – in the USA Rawls’ “

The ory of Justice” went over 300,000 times over the counter – proved that the hope was justified. Rawls’ considerations on when social practices and institutions may be called fair set a standard that would mean falling behind for a political philosopher from now on. Even Rawls ‘sharpest critic, the libertarian Robert Nozick, recognized this when he conceded “Anarchy, State and Utopia” in his 1974 counter-draft: “Political philosophers must now either work within the framework set by Rawls’ theory or explain why they do not to do.”

Half a century after “A

The ory of Justice” and in time for the 100th birthday of the philosopher, who was born on February 21, 1921 as the second of five brothers in Baltimore, the article from 1958 appears in a bilingual edition in Reclam’s Universal Library. It was edited and extensively commented on by Corinna Mieth and Jacob Rosenthal. Not only the double anniversary, but also the increased topicality of Rawls’ justice thinking in times of the Covid 19 pandemic make the ribbon very welcome.

This is why utilitarians are also against slavery

When Rawls drafted his theory of justice, he was not operating in a vacuum, intellectual space.

The  fact that Laslett could speak of the death of political philosophy corresponded to a critical attitude towards logical positivism and utilitarianism. He shared it with Rawls. While logical positivism denied the primacy of certain moral principles over others, utilitarians in the tradition of Jeremy Bentham or Henry Sidgwick formulated an ethic of utility:

For them, the moral correctness of actions is measured according to whether or not they maximize the overall benefit for those affected. Bentham’s formula “the greatest happiness of the greatest number” hides the fact that utilitarian considerations are not about letting everyone participate in this happiness. Moreover, as long as the absolute sum of happiness in a society is increased, it is not immoral for the unhappiness of some to increase. But that is how even slavery can be justified, says Rawls.

But when a utilitarian countered, Mieth and Rosenthal explain his not entirely uncomplicated train of thought that slavery is immoral because it is contrary to human nature and that therefore its acceptance in comparison with all other possible forms of society without slavery would never lead to the maximization of utility, So the answer of the fairness theorist is “that from the point of view of justice it is out of the question to weigh the advantages of (potential) slave owners against the disadvantages of (potential) slaves”.

Rawls ties in with the motif of the fictitious state treaty and the idea of ​​a pre-social primal or natural state, as they play a role in Hobbes and Rousseau. Rawls’ “original state” has a special characteristic: the “veil of ignorance” that hangs over all contracting parties. It ensures that they have a general idea of ​​what is necessary to realize interests, but not of who they are, what level they are in the social hierarchy or what talents they have. Rawls’ calculation: If these contractual partners were to freely agree on which institutions and practices can be described as fair in a newly created society, each individual would decide according to the “Maximin rule”.

This follows the pessimistic assumption that the worst possible result could be achieved. A society would emerge which, for rational reasons, could also be viewed as fair by its weakest link. A society would be that in which there is freedom for all. Which would mean that – well Kantian – all would only ever be treated as an end, but never as a means to an end.

How enlightened are we?

It is obvious that Rawls’ thinking is current today, when utilitarian arguments are made to avert economic damage for the large number of justifiable risks for a minority.

The  veil of not knowing what danger there is for each individual is no longer quite as thick. It is hardly ever aired. So how should one decide about pandemic control measures if there is a risk of being one of the most vulnerable?

It is known that Rawls lost two of his brothers to diseases they contracted from him. It is uncertain whether this early experience influenced his political philosophy. What one can guess thanks to a second new publication, however, is what role his episcopal belief played in his thinking. Suhrkamp recently published Rawls’ Bachelor thesis at Princeton University from 1942, edited by Thomas Nagel and including an afterword by Jürgen Habermas.

It is fascinating how a theologically founded morality in the thinking of the young Rawls gives way in the more mature thinker to the realization that the “conception of the righteous … in order to be able to illuminate all citizens, must be constructively designed from the common human reason”, as Habermas writes. World War II, the loss of a good comrade and the news of the Holocaust lie between the 21-year-old Rawls, who thinks about “sin, belief and religion”, and the 36-year-old Rawls, who draws justice as “fair play” : “I began to wonder whether prayer is even possible,” writes Rawls in a revealing autobiographical text from 1997, which is included in his thesis in this issue.

Again protests against the security law in France

Restaurant in Stuttgart-Rohr closes: A farewell without a handshake – Vaihingen

Long queues and hardly any distance in Berlin shops

These are the most popular electric cars – one model drives...

“There may never be fireworks again”