Because of the corona crisis, the jungle camp quickly became a jungle show. However, for a celebrity candidate participation could wiggle in 2022!

This show is not for the faint of heart!  The  jungle camp 2021 took place in January – but not in the usual way.

The  lucky winner of the Cologne jungle show? Ex- “Bachelorette” participant Filip Pavlovic (27). In the end, he received the golden ticket for the jungle camp in 2022. In addition, stars like Lucas Cordalis (53) and Harald Glööckler (55) announced their participation in the coming season.

Which celebrities besides Filip were in the jungle show? You can see all candidates in the video above.

He was originally supposed to be there in 2021 – but was then supposedly obliged for the coming year due to the corona pandemic: Prince Frédéric von Anhalt (77). According to the “Bild” newspaper, however, there should have been a bitter dispute during the contract negotiations!

He wants to follow in his father’s footsteps. We show you the touching pictures that Lucas and his wife Daniela Katzenberger shared on Costa Cordalis’ birthday in the video below.

Prince Frédéric von Anhalt’s participation in the jungle is uncertain

As the “Bild” newspaper wants to know, the widower of Hollywood icon Zsa Zsa Gabor († 99) is said to have already flown to Thailand for the shooting of the upcoming season of the RTL2 show “Kampf der Realitystars”. An insider revealed: “Those responsible at RTL are pissed off because it was intended for the jungle.”

Will Prince Frédéric still be part of the upcoming issue of “I’m a Star, Get Me Out of Here”? Uncertain! Because according to “Bild”, the private broadcaster RTL does not like to see one of its jungle candidates participate in a competitive format shortly before the broadcast. Understandable!

The  Big Jungle Show”, Harald Glööckler was announced as the second celebrity to move to the jungle camp in 2022.

Prince Frédéric von Anhalt: “I trust myself to be a lot”

The  broadcast of “Kampf der Realitystars” is said to be scheduled for August or September – just a few months before the live start of the jungle in January. So that a faux pas like the one with Prince Frédéric does not happen again, the already established celebrity candidates Lucas, Harald and Filip are said to have signed exclusive clauses, according to the “Bild” newspaper, stating that they will not be in any until the start of the jungle other trash format may occur.

Neither an RTL spokesman nor an RTLZWEI spokesman wanted to comment specifically on the speculations about Prince Frédéric von Anhalt. And the 77-year-old himself? He also announced in an interview with “Bild”: “I can’t say anything about that at the moment.” At the same time he gave a hint that he could well imagine participating in both shows: “I have confidence in myself. I survived life, I can do anything.”

The  jungle is worth it if you don’t have any corpses in the basement”: You can find out what Natascha Ochsenknecht had to say about participating in a jungle camp in the following video. 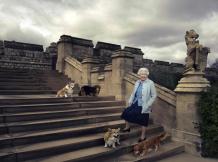 “Goodbye Germany” star Caro Robens: And exit! In the Baywatch look, she ends up in the pool and is pissed off

“Gone with the Wind”: radio play from the perspective of a slave 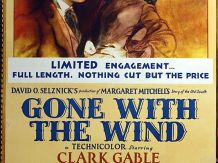 “Gone with the Wind”: Radio Play from the Perspective of a Slave – Culture – 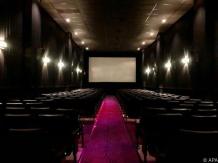 New Corona rules for shopping: This is how shops in the...

Double sales by 2023: Teamviewer has a long purchase list