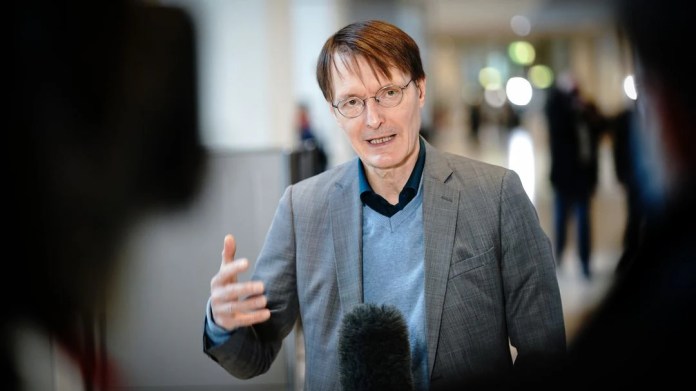 The  SPD politician and health expert Karl Lauterbach is repeatedly attacked because of his tough course in the pandemic. Recently there was a new wave of hatred against him on the net. But he doesn’t lose his (dry) sense of humor as a result. So he was now on the ZDF “heute show” – and responded to “selected hate lyrics”, as Oliver Welke announced the contribution.

And indeed: Lauterbach reads out hateful comments from the Internet and then reacts to them. “Ralph K. asks: ‘Why is he still walking around freely?’” He reads aloud, among other things. His answer: “That’s a good question, Ralph. In fact, I have largely restricted my social contacts, but it’s a rumor that the only remaining social contact would be Markus Lanz. It’s a bit broader. ”An allusion to the fact that the politician sits on Lanz’s talk show so often.

It goes on: “Lori W. says: ‘He is the greatest mutant himself'”, Lauterbach reads aloud. “I can only say: If I were a mutant, I would be contagious and the only thing that would have remained contagious with me would be the humor, which I do not let myself be deprived of in this phase.” He proves that with that Contribution to the “heute-show”, the announcement of which shows a poster of the film “em @ il for you” in the background. Beside the main actress Meg Ryan Lauterbach was cut into the picture – the title is “Hass em @ ail for you”.

In the program, Welke also mentions that Lauterbach, who was actually working as a vaccination doctor in Leverkusen at the end of next week and wanted to be vaccinated there with the Astrazeneca vaccine, canceled the whole thing. After announced protests, the police consider the work there to be too risky.

The  dispute between Lauterbach and FC Bayern coach Hansi Flick, which has now been settled, is also being targeted.

Patch 1.1 released on PC and Stadia

CoV patient: “You have to learn to walk again”