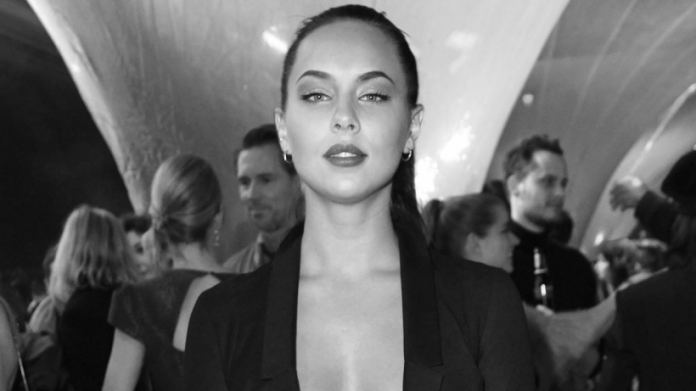 According to her family it is Kasia Lenhardtwho have favourited ex-girlfriend of Jerome Boateng, died on Tuesday evening in Berlin. “With great consternation and sadness we have to confirm the unexpected death of our beloved daughter Kasia on February 9, 2021,” said the family on Wednesday through their lawyer.

The  family of Kasia Lenhardt thanked for the sympathy and asked to refrain from expressions of mourning “so that we can find ourselves in these difficult hours”.

The  former “GNTM” participant, who last came through the relationship with Bayern Munich star Jerome Boateng came into the public eye, leaves a son.

A spokesman for the Berlin police previously told this editorial that there was an operation in Charlottenburg on Tuesday evening at 8.30 p.m. on suspicion of suicide and did not want to confirm the model’s name.

The re was no evidence of third-party negligence,” said the police spokesman.

Kasia Lenhardt, who became known in 2012 through her participation in “Germany’s Next Top Model”, had only separated from Jerome Boateng on February 2nd.

The re the model shared a picture of herself in black and white and wrote: “Now is where you draw the line. Enough “(in German:” Here you have to draw the line. It’s enough. “)

And a picture from her Insta story, which Kasia Lenhardt only posted on Monday, is also concerned.

The  model photographed herself completely in black in a mirror. She wrote: “New Chapter” (in German: “A new chapter”). What she meant by that will forever remain her secret.

That was Kasia Lenhardt:

The  station Prosieben, where Kasia Lenhardt could be seen during her time at GNTM, was dismayed and tweeted: “We are sad. Very sad. And our thoughts are with your family, friends and with you, dear Kasia Lenhardt. “

The  same message was also shown on television on Thursday evening (February 11th). Shortly before the second episode of the new GNTM season began, the screen went black and the text from the ProSieben tweet could be read. GNTM boss Heidi Klum has not yet commented on the death of her ex-protégé.

GNTM colleague Sara Kulka contacted Instagram shortly after the death became known. With tears in her eyes, she says, “I just got terrible news. A young woman, a mother, a really great person has left. Died. Gone by us. “

+++ Jerome Boateng breaks up publicly – this is how Kasia Lenhardt reacts +++

Cathy Hummels has now also spoken out sadly about the death of Kasia Lenhardt. “I am shocked and really sad. How desperate must she have been? How sad? I also had the thought in the past that I no longer want to live. Not because of bullying, but because of my depression. And I can tell you one thing: You can only commit suicide if you are at the bottom, ”said Mats Hummels’ wife.

With her post, Cathy Hummels would like to stand up against “hate, body shaming and cyberbullying”. “It breaks people. I’m so sorry, dear Kasha. I actually wish that I had written to you. Also because we are both in the footballing world and I know how brutal that can be. How many prejudices, envy and resentment one is confronted with, ”continues Hummels.

Cheyenne Ochsenknecht, who is currently pregnant, posts in her Insta story: “I can’t believe it … That just shows even more how cyber-bullying can destroy lives. I hope you feel better up there now. “

Oliver Pocher has now also commented on the death of Kasia Lenhardt in his Instagram story. Among other things, he writes: “Today I was hit by the suicide of a young mother, especially as a father of several times. Nobody is to blame for this tragic accident!

The  responsibility for their own life rests with each person alone. At this point I only want to express my condolences to the bereaved. ”That is why Pocher has also done without his daily“ screen check ”.

Jerome Boateng announced the separation from Lenhardt a good week ago. Boateng wrote on his Instagram account: “As you know from the media, I ended my relationship with Kasia Lenhardt. We will go our separate ways from now on. That is unfortunate. But it’s the only right thing for my family and me. I had to take this step and draw a line. “

Boateng, who was supposed to play in the final of the Club World Cup with Bayern Munich on Thursday, left Qatar on Tuesday. His coach Hansi Flick confirmed this at a team press conference. “Jérôme came to my room and asked that he could go home,” said Flick. He complied with this request.

WITHto protect the families affected we normally do not report suicides or attempted suicide unless the circumstances give them special attention.

The  consultation is anonymous and free of charge, calls are not recorded on the telephone bill.

International Film Festival Berlin: The Berlinale does not take place in...

Relaxation of the corona measures – pressure also from business and... 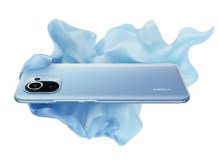 Samsung will have to measure itself against this in 2021