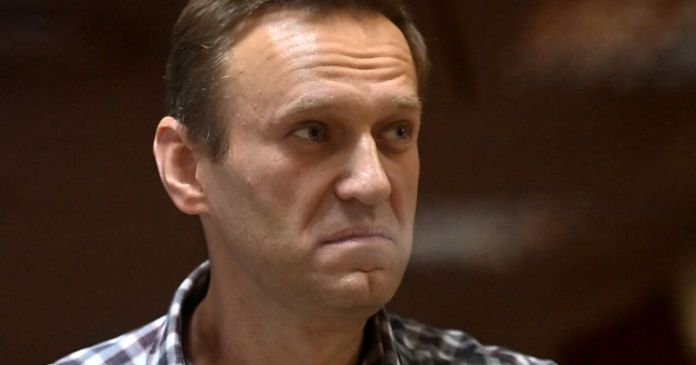 Once again, the opposition member described the accusation that he wanted to hide from the judiciary as “absurd”. After all, he returned to Russia voluntarily. “ The  whole world knew where I was.” His lawyers announced that they would challenge the court decision to a higher instance.

With the confirmation of the judgment, Russia is ignoring a decision by the European Court of Human Rights, which a few days ago demanded the immediate release of the opposition member. While the court said his decision was binding on Russia, the Kremlin rejected it as an attempt to meddle in internal affairs.

The  actions of the Russian judiciary are also a signal to Brussels, where the EU foreign ministers want to discuss possible further sanctions against Russia on Monday.

The  Kremlin only indirectly commented on the new court decision against Navalny: When asked what effects it would have, spokesman Dmitri Peskov praised Russia’s political landscape as “very complex”. He added: “We have sufficient pluralism in the political arena.”

Only two hours after the verdict was confirmed, the next trial continued in the same building. Even the prosecutor was the same, Nawalny’s team scoffed on Twitter: “

The y’ll soon assign him a personal judge and personal police officers.”

It was the fourth day of the trial in the process of alleged insult to veterans, Navalny was allowed to speak the last word – the second on that day. “I have the last word so often,” he joked. “If anyone should decide to publish my final words, it will be a big book.”

The  background to this second process is Navalny’s criticism of a video that state television broadcast last summer. In it, several citizens – including a now 94-year-old veteran of World War II – campaign for a constitutional amendment that also served to secure President Vladimir Putin’s power. Navalny insulted the protagonists on Twitter as “traitors”.

The  old man is said to have felt so offended by the statements that his health deteriorated. Navalny, on the other hand, sees the veteran as a “puppet” in a politically motivated trial and accuses the state of hypocrisy: the court process alone devoured more money than the old man received in government grants in recent years.

The  fine of the equivalent of 9,400 euros is roughly twice the average annual salary in Russia. Nawalny’s lawyers have also announced an appeal against this ruling.

Once again on Saturday, Navalny criticized the fact that everything was discussed in court, except for the attack on him in August. Although several western laboratories, including one from the German Armed Forces, unequivocally demonstrated that Novichok was in his body, Russia does not want to investigate the case. On Saturday, the Russian Public Prosecutor’s Office again accused the German side of inadequately responding to a request for legal assistance.

Nord Stream 2 may continue to be built immediately – approval...

Filip Kostic is again the “machine” of Eintracht Frankfurt | ...

After his release, Leonardo steps in against Thomas Tuchel

Corona in Switzerland – Alain Berset is discussing the next tightening...