In Thusis GR, there was a landslide on Monday night.

One of the barracks of the Bernina restaurant is still up on the slope not far from the train station in Thusis.

Not so with the other half of the extension:

The  second barrack suddenly slipped on Monday night and after a few meters crashed into the Äussere Bahnhofstrasse below. Earth, boulders and rubble have completely buried the road.

No signs of landslide

Shortly after 2 a.m., the steep slope started moving, says Curdin Capaul, Mayor of Thusis, to VIEW. “To be honest, that came as a surprise to us.

Only recently had the steep slope and the wall below it been inspected.

The re were no signs that it could slide. “

The  barracks, too, were only added a few years ago and were properly removed,” says Capaul.

The  cause is now being investigated in detail.

Evacuation of the street is too dangerous

After all: Despite the shock, nobody was injured in the landslide. «

The  barracks were used as storage by the restaurant. Fortunately, nobody was in the room at this time, ”continues Capaul.

In the meantime the road and the slope above have been cordoned off. An eviction has not yet been possible, explains the mayor further.

The  risk that more rubble will fall into the depths is too great.

At Restaurant Bernina, they did not want to say anything about the incident when asked.

The  take-away operation still offers the pickle on the day after the landslide. (cat)

How Rene Rast plans his future

Coronavirus in Germany and worldwide: Largest outbreak in months – China...

Science – Stuttgart – Number of TBE cases has more than... 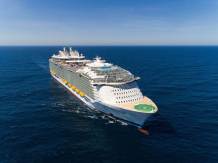 Motorcade through Munich in protest against corona lockdown