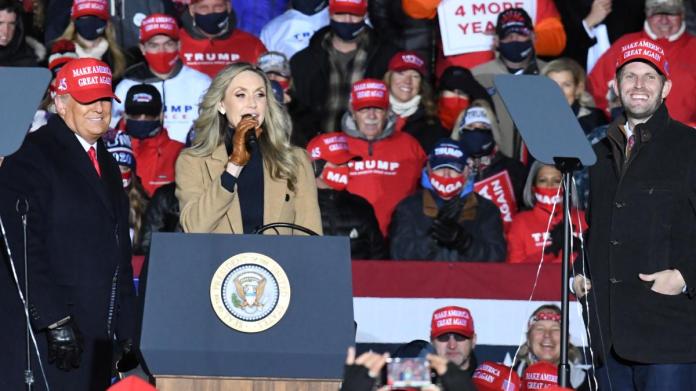 According to his daughter-in-law, Donald Trump is interested in another presidential candidacy.

The  former president plans to deliver his first speech since the end of his term this weekend.

Lara Trump has fueled speculation that her father-in-law Donald Trump could run for the Republican presidential nomination for the 2024 election. “He told us to hold on; that this is not over for him. And he has indicated that he would probably be interested in running again in 2024, “Lara Trump, wife of Eric Trump, told Fox News on Saturday (local time). Trump was the leader of the Republican Party and the one everyone would turn to for support for the 2022 congressional elections or beyond.

Since Trump was voted out of office, a dispute between Trump supporters and traditional Republicans has broken out in the Republican Party. Most recently, the 74-year-old attacked the top Republican in the US Senate, his former ally Mitch McConnell.

Trump’s first public appearance since the end of his presidency is planned for next week at the annual conference of conservative activists CPAC, where Trump is expected to speak out on his vision of the future of the Republican Party.

Trump continues to play an important role in US politics. According to a poll by Quinnipiac University last week, three-quarters of Republicans want Trump to continue to play a prominent role in the Republican Party.

In an interview with right-wing broadcaster Newsmax, Trump pondered his future role in politics last week. “I can’t say it yet, but we have tremendous approval,” said Trump.

The  survey numbers went “through the roof”. Normally the values ​​would fall after an impeachment, “but the numbers are very good”.

Gastronomy at Stuttgart Airport: One of the best restaurants in town...

Chancellor Merkel is working on a plan to relax the corona