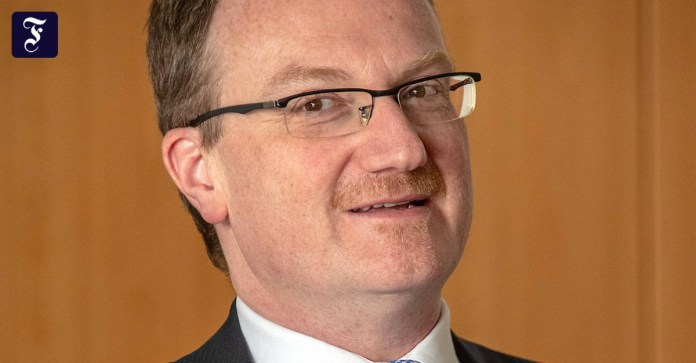 Dhe previous chairman of the Expert Council, the Freiburg economist Lars Feld, will most likely leave the committee at the end of this week. “ The  federal government has not been able to agree on a common candidate,” said Berlin government circles on Monday. This means that the personnel will not enter the cabinet as planned on Wednesday. Federal Minister of Economics Peter Altmaier (CDU) had called for a third term of office for Feld, who has been on the Advisory Council for ten years and has headed the committee since last spring.

The  finance ministry of Olaf Scholz (SPD) wanted to appoint an economist close to the social democrats to the council, preferably Marcel Fratzscher, president of the Berlin research institute DIW, or Jens Südekum, professor of international economics in Düsseldorf.

The  Ministry of Economic Affairs rejected these candidates. Now it boils down to the fact that the position will initially remain vacant, the five economic modes will become a council of four.

Once again, the Union was unable to assert its interests against its coalition partner. Feld is seen as economically liberal and is a defender of the debt brake, the political instrument that stands for the regulatory principles of the Union like no other.

The  SPD has been trying for a long time to loosen the debt brake and is getting backing from economists like Fratzscher and Südekum. Feld himself commented on the matter on Monday: “Since the SPD is blocking an extension to a third term, as the CDU has proposed, I will be a free man again from then on.”

A face-saving candidate for both sides

It is still unclear how long the vacuum should remain in the body. In theory, it is conceivable that the position will remain open until a new federal government is in office. However, both Altmaier and Scholz have an interest in clarifying the personnel in this legislative period – before others do so after the federal election.

The  ministries said the talks would continue. But it is also clear that the previous names will then be out of the picture.

We are looking for a candidate who is face-saving for both sides, said a person familiar with the processes. But as of now one can only speculate about names. Gender should not play a decisive role, since with the appointment of Veronika Grimm and Monika Schnitzer, quasi-parity is maintained for three male council members.

Even if Council member Achim Truger also focuses on financial and tax issues, there is much to suggest that a candidate with a financial focus is being sought again – the issues of debts and taxes are too important, and from the Union’s point of view, this field is likely to be too risky in the future To leave the lead to the union-related Truger.

Who is also traded

When it comes to professional expertise, the name Eckhard Janeba comes up in economic circles.

The  professor of economics who teaches in Mannheim is particularly respected when it comes to tax competition issues. Although he is little known to the general public, probably also because, unlike many others, he has not yet sought it and has not attracted attention through political statements.

That, in turn, could speak for Janeba rather than against after the quarrel about Feld’s liberal economic orientation. Especially since as a member of the Scientific Advisory Board at the Federal Ministry of Economics and until 2018 acting chairman of the independent Advisory Board at the Stability Council, which oversees the budget management of the federal and state levels, the political stage is not entirely alien.

This also applies to Thiess Büttner, the current chairman of the Stability Advisory Board. He is also recognized in specialist circles for tax issues. What could speak against Büttner, however, is that Veronika Grimm, an economics professor from Erlangen-Nuremberg, is already represented. That in turn could speak against financial scientist Andreas Peichl, who is also traded.

Like council member Monika Schnitzer, he teaches at the Munich LMU. As a member of the advisory board of the Federal Ministry of Finance, Peichl is, however, respected in tax and distribution issues. Peichl is a close confidante of Ifo President Clemens Fuest, with whom he recently did not shy away from the public spotlight in the discussion about the corona policy.

Why bond investors should take the current inflation mania calmly That is why the euro temporarily rises above 1.23 US dollars...