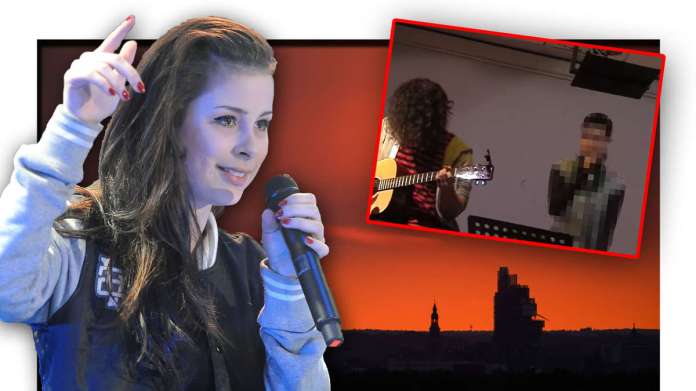 In 2010 Lena Meyer-Landrut surprisingly won the Eurovision Song Contest (ESC). A recording from 2007 shows that the pop singer rocked the stage at the tender age of 16.

Hanover – At the Eurovision Song Contest * (ESC), Lena Meyer-Landrut * (29) – then still a student – 2010 all of Europe. In addition to the second victory for Germany at the event, her reward was the beginning of a thoroughly successful music and television career that continues to this day. But was the pop singer really as inexperienced as she pretended to be “Our Star Before Oslo” with Stefan Raabs * (54)? An almost unknown recording from 2007 shows how the Hanoverian rocked the stage at the tender age of 16 – and what optical change she laid down. Extratipp.com * reports.

This video is one real treasure trove for all fans by Lena Meyer-Landrut *: In December 2007, the later ESC winner (“Satellite”) performed together with a friend at the Roderbruch cultural center in her hometown of Hanover *. One of those present filmed – not realizing that the then 16-year-old was within a few years would become a celebrated pop star.

The  recording, which appeared on YouTube * years later, shows a young Lena Meyer-Landrut, who at first appeared quite shywhich – accompanied by a friend on the guitar – is on the stage of a Hanoverian cultural center.

The  16-year-old student and her musical companion are visibly excited and even have to start all over again at the beginning – but then really get going:

The  duo first performs “It’s Probably Me” by Rockstar * Sting (69) and adds a decent encore with Bob Dylan’s (79) “Knockin ‘on Heaven’s Door” and Pohlmann’s (48) “If now summer would be” – one more interesting song selection!

Lena Meyer-Landrut: Pop singer looks transformed – “She was like a baby”

Between the young girl who appeared in front of a handful of spectators in her hometown in December 2007 and the always top-notch Lena Meyer-Landrut, who we know today, optically are worlds apart. Musically, the pop singer was already convincing at the age of 16, because her voice is simply unmistakable.

The  fans, who agree in the comments on YouTube, see it similarly that the 29-year-old was “already a natural”. About these rare photo of the young Lena however, there is great joy.

“She was like a baby”, writes a user who obviously cannot believe the blatant transformation Lena Meyer-Landrut has made after her victory at the Eurovision Song Contest (ESC).

The  recording from 2007 has now almost 60,000 views (as of February 17, 2021), but anyone who has seen the video will be amazed how much courage the 16 year old student hadto just stand on stage and start singing.

The  verdict of many fans is correspondingly clear: “How cute was she? Today she is my idol! “

The  latest news about Michael Jackson *, Billie Eilish * or Metallica * and many other musicians can be found here *.

* extratipp.com is part of the nationwide Ippen digital editorial network.

Nena: Esoteric with a heart for lateral thinkers

Ski star Marco Odermatt: “I’m over the moon and got the...

Airplane parts are falling from the sky in the USA and...

Keyless entry market for automobiles with steady expansion in the period...