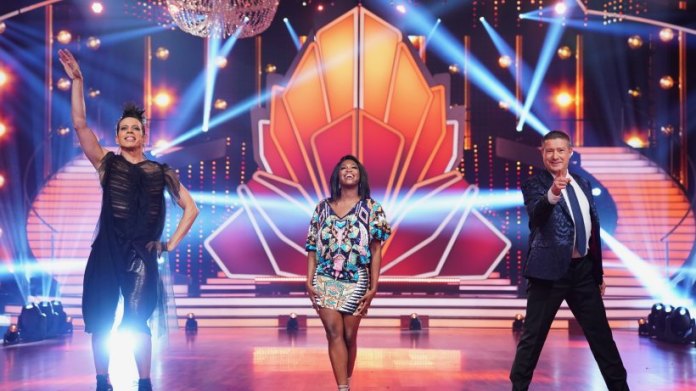 “Let’s Dance” (RTL): Popular dancer talks about leaving – and unpacks about the show

He was considered one of the favorites on the RTL show “Let’s Dance“. But after ten years on the TV dance floor, Erich Klann has now decided to “Let’s Dance“Turn your back on.

The  professional dancer explains in an interview what made him do it and how it really went behind the scenes.

His partner Oana Nechiti also knows life as a dancer at “Let’s Dance“- and she won’t be there again this year. According to “Bild am Sonntag”, it is now important for Erich to be more with his family in Paderborn (North Rhine-Westphalia), where he and Oana run a dance school.

Apparently he does not regret his exit yet.

Because what the dance enthusiast had to nibble on most during his participation in “Let’s Dance”, he reveals to “Bild am Sonntag”: “What I won’t miss at all is the restless sleep before the shows and the long time you spend is separated from the family! You give up a lot of private life over several months, which is not a matter of course. In addition, there is the uncertainty before each show whether your celebrity partner will keep his nerve and not get a blackout regarding the choreography. “

And Erich Klann also wants to leave HIM behind: “Let’s Dance” judge Joachim Llambi. “I’m sure I’ll have nightmares about Joachim Llambi for the next few months!”

One thing has kept him busy for years on the RTL show.

The  fact that, in his opinion, levels of difficulty are not taken into account when assessing candidates. “Light dance elements are often praised in heaven. This is often not in line with the experience of celebrities and professionals! ”

The se are the candidates for the new season 2021:

To counteract this, Erich Klann now has an idea. Together with Oana Nechiti, from Friday, the start of “Let’s Dance”, he will speak clearly about the show in his new podcast “Dance or not at all – Let’s talk” and make comments after the show. (jhe)

This is how Zurich voted – four times yes and one...

After Covid disease: Kader Loth tufts of hair fall out

Explosion at a Polish supermarket in the Netherlands

The best deals on Friday