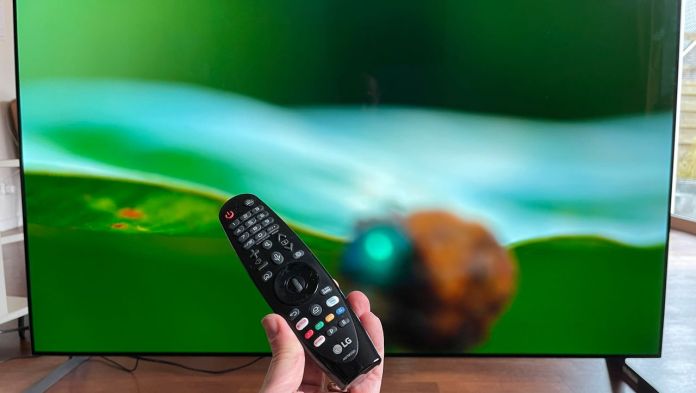 Word has got around that OLED televisions usually deliver a good picture.  The  technology in which each pixel lights up or not, has many advantages over LCD devices. Above all, black is really black here because the corresponding LEDs are switched off when they are not supposed to light up. As a result, the points that light up appear more brilliant and more details can be seen in dark areas.

All of this also applies to the LG OLED 65GX9LA, which I tested for two weeks and which the trade press counts as one of the best OLED televisions currently on the market. However, its image rendering is not automatically good. If you switch it on after unpacking and installing it, it looks a bit slack for such an expensive TV – it should cost 4,000 euros at launch. But that’s easy to change. By choosing the cinema mode, for example, which out of the many picture modes I liked best not only for blockbusters, but also for normal TV programs.

For cinema connoisseurs, as for other LG TVs, there is also a »Filmmaker Mode«, in which films are to be reproduced »as the filmmakers intended them«. It really looks like a cinema, but only works if you darken your living room like a cinema. As soon as even a little ambient light falls into the room, you have to readjust the brightness. Or you can just switch to cinema mode.

Finding the right settings for your taste can take a while, simply because there are so many of them in the LG TV’s menus. It is very worthwhile to try out “True Motion”, which ensures that the transitions appear smooth and organic when moving quickly in the picture. Action films and sports broadcasts benefit particularly from this.

It is also advisable to activate HDR mode for a more dynamic color display in films that support this.

The  »HDR effect«, which is supposed to create a similar image impression in films without HDR data, should be avoided, it even makes the news look like »Charlie and the Chocolate Factory«.

If you then activate the »AI brightness control«, the image display is almost perfect. Because instead of simply making everything a little lighter or darker, this system regulates the brightness of dark, medium and light areas independently of one another and thus more precisely than a normal brightness controller.

The  real surprise only came after I had set the picture for myself and watched the first film: the soundscape that LG’s television set up in my living room was so completely different from what I am used to. Because normally such flat devices as this one – the 65-inch version tested is only 2.5 centimeters thick – suffer from an equally flat, blaring sound that sounds like a plastic casing. That’s why I connected my own TV to a 5.1 surround speaker system.

I did not use the LG test device, because its downward radiating speakers produce a round, warm and surprisingly powerful sound even without external speakers.

The y cannot record it with my surround system or a good soundbar, but they lack the space and the deep bass. But if you don’t have such extra devices at home, you won’t necessarily need them here either.

Remarkable: the television can adapt its sound to the room in which it is located. To do this, after selecting the menu item »AI acoustic tuning«, it plays test tones that are recorded by a microphone in the remote control and used to calculate an individual sound curve.

The  not so magical remote control

For control purposes, LG includes its remote control, known from other televisions, known as the “Magic Remote”, which is not as magical as it is called. But on the one hand it has a built-in microphone, not only for calibrating the speakers, but also for voice control. On the other hand, it serves as a kind of mouse control with which you can move a cursor on the screen from the sofa.

Whether you like it is a matter of taste, it took me a few days to get used to it.

The  television’s webOS, which was once developed by Palm as a smartphone operating system, can be controlled quite well with it.

This also applies to the apps that are pre-installed on the device and can be reloaded via an app shop. I hardly miss anything here. In addition to Netflix and Prime Video, Disney +, Apple TV, Joyn and a number of other providers are also available. Apple users can also beam videos and photos onto the screen via AirPlay 2.

The  OLED GX, which is not only available in the 65-inch version but also in 55 and 77-inch versions, offers great picture and sound quality if you consider its possibilities a little. Its only real weakness is the high price, even if it has dropped significantly in recent months.

We decide for ourselves which products we report in the Internet world and which we test or not. We do not receive any money or other consideration from the manufacturer for any of the test reports. For various reasons it can happen that we do not report on products even though we have corresponding test products.

We usually get test devices and review copies of games from the manufacturer free of charge for a certain period of time, sometimes even before the official release. In this way, our test reports can appear in good time or shortly after the product is published.

We only test pre-release versions or devices from pre-series production in special cases. We usually wait until we can get test devices or game versions that are identical to the retail versions. In some cases, we also buy products ourselves at our own expense if they are already available in stores or online.

Usually, test devices are sent back to the manufacturer after the end of the test.

The  exception are review copies of games and so-called permanent loans: For example, we have game consoles and smartphones in the editorial office that we are allowed to use for a longer period of time. For example, we can report on software updates, new accessories and new games or make long-term judgments.

DER SPIEGEL always bears the costs for trips to events, regardless of whether they take place in Germany or abroad. This also applies if, for example, a company takes over travel planning due to short-term appointments.

Events to which we travel at our own expense include the Ifa, CES, E3 and Gamescom trade fairs as well as events from companies such as Apple, Google, Microsoft or Nintendo. At conferences like the Chaos Communication Congress or the re: publica, like other press representatives, we usually get free press tickets because we report on the conference and are not traditional participants.

Since December 2016, there have been Amazon ads in some Netzwelt articles that contain so-called partner links. If a user visits Amazon via such a link and buys online there, DER SPIEGEL receives a share of the sales in the form of a commission.

The  ads appear in articles regardless of whether a product test is positive or negative.

Reader test: These are the testers of the Seagate IronWolf and the QNAP NAS!

What drives young people at night on the Zeil?

The Comdirect is completely rebuilding its current account model 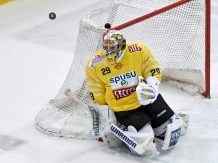