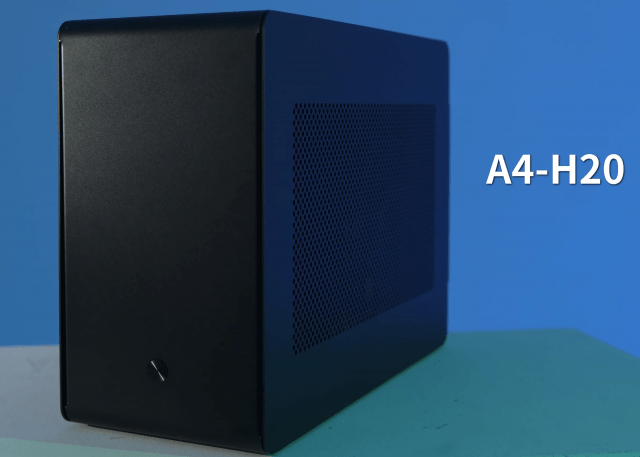 February 20, 2021 at 5:45 pm
from Valentin Sattler –
Lian Li presented numerous new products at a “Digital Expo”. Among other things, there is a new variant of the O11D Dynamic Mini, several prototypes and a collaboration with DAN Cases.

The  manufacturer Lian Li, who is particularly known for its housings, published a half-hour video on YouTube this week and presented numerous new products.

The re is a total of a new case, three new case variants, four prototypes and two new fans.

First, Lian Li showed a new variant of the O11D Dynamic Mini. In addition to a black and a white version, a “snow edition” will be launched in April for US $ 210. This completely dispenses with black housing parts that were still present in the previous, white color version. In addition, the O11D Mini SP750 and the O11D Mini SP850 were announced, each of which should be available in black and white. Both housing variants combine the well-known O11D Mini with an SFX power supply from Lian Li.

Lian Li is also planning a new case with the Odyssey X, which was shown in 2019.

The  extravagant tower will appear in May in black and black and silver. With a recommended price of 449 US dollars, the model should only be considered for a few.

The  company presented the last correct product with the two fans AL120 and AL140, which are due to appear in April at an as yet unknown price.

The  new models are supposed to adopt the daisy chain system known from older fans, but have different performance values. We are talking about 109.6 m³ / h air throughput and a static pressure of 2.62 mmH2O at speeds in the range from 800 to 1,900 RPM. This means that the fans would offer a little more pressure and air throughput than the SL120 that is already available. In the absence of uniform test criteria, however, these values ​​are only comparable to a limited extent.

The  presentation continued with prototypes that Lian Li is working on. With the Q58, for example, the company wants to bring a 14.3-liter case onto the market that will be able to accommodate graphics cards up to 320 mm in length and both SFX and ATX power supplies.

The  A4-H2O, on the other hand, is planned to be even smaller, based on the small ITX case A4 sold by DAN Cases. Lian Li wants to adapt this so that the housing can accommodate a 240mm radiator.

The  Lian Li A4-H2O will result from a collaboration with DAN Cases and be based on the already available DAN Cases A4.

Lian Li is working on larger cases with the V3000 + and the O11D Evo, both of which are to be based on models that are already available.

The  V3000 + is a further development of the V3000 and should offer space for a lot of hardware: According to Lian Li, the housing is intended for up to 16 HDDs or 16 SSDs.

The  O11D Evo, on the other hand, is supposed to be a bit more normal:

The  case is a smaller version of the O11D XL.

Lian Li im PCGHX-Bilderthread: This is where fans of the noble case – memories meet

Connoisseurs usually know at first glance when they are dealing with a Lian-Li case, because the aluminum towers, which are mostly priced, are often minimalist.

Linkworld has released a new case under its Azza brand, the Cast 808, which once again stands out due to its special design.

[PLUS] Comparison test of 9 midi cases

PCGH Plus: In this issue we are testing nine different midi tower cases in the medium to high price segment from around 60 to 230 euros with RGB lighting or glazed side panels.

Corona rules: This is how it continues in Schleswig-Holstein | ...