Will this dance continue in court?

NRW – In 2020, the whole world freaked out about “Jerusalema” by Master KG. Paramedics, fire fighters and police officers also made their own clips of the dance hit and posted them online. That could be expensive now.

The  videos were supposed to spread confidence in the lockdown, people danced and laughed to “Jerusalema” everywhere: at home, in the office, in the hospital parking garage, in the prison courtyard, at the station. With the feel-good number, the corona frustration could really be shaken out of the bones.

One foot forward, tap the floor four times. Change to the other leg, also touch the ground four times with the other foot – this is the basic step of the “Jerusalema Dance Challenge”.

According to Focus Online, the Warner Music group, the license holder of the song, now wants to collect usage fees from organizations, authorities and companies in Germany.

Corresponding letters with demands had been sent. It is said that you would encounter incomprehension and anger among those affected. Among other things, the NRW Ministry of the Interior would have received a fee letter, the claim from the record company had already paid.

Warner defends the letter to Focus: “If organizations in Germany use the song to promote themselves, they should, in our opinion, secure a synchronization license.” Artists have to be paid for their music, the legal situation is clear.

According to Focus, the fire brigade in North Rhine-Westphalia has already reacted. Christoph Schöneborn, head of the Association of Fire Brigades in North Rhine-Westphalia, wrote a warning to his colleagues. Because of the legal situation and the resulting financial risk, it should be checked in future whether participation in such challenges “makes sense”.

2020 season got “more and more depressing” because of COVID-19 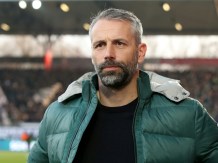 The region does not take place in the Stuttgart mayor election... 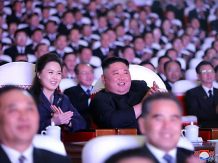