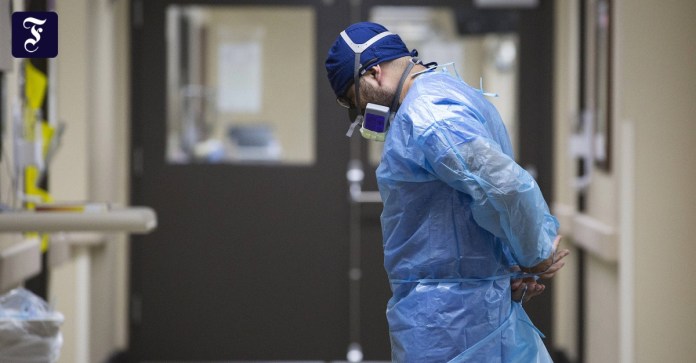 Corona has drastically reduced life expectancy in the United States. According to a study by the National Center for Health Statistics (NCHS), the average “life expectancy” decreased to 77.8 years in the first half of 2020 and was thus one year shorter than in 2019. Life expectancy fell particularly sharply among blacks and women Hispanic Americans. In Latinos it fell by about 1.9 years due to Sars-CoV-2, and in African Americans by almost 2.7 years. In contrast, it decreased by an average of 0.8 years for whites.

“ The  differences are enormous. Losing a year is already tough. Three years less is dizzying, “said Georges Benjamin, director of the American Public Health Association (APHA), of Health Day. Overall, life expectancy for Americans born in the first six months of 2020 is lower than any other year after 2006.

The  study, which the National Center for Health Statistics, a division of the Centers for Health Control and Prevention, presented last week, pointed to a lack of preventive care as a cause of shortened life expectancy. Since the pandemic began in early 2020, fewer Americans would go to the doctor for screenings. In addition, many ate more during the lockdowns, drank more alcohol and consumed drugs more often.

The  calculation of life expectancy also took into account possible long-term health problems after infection with the coronavirus. Some medical professionals have already compared the pandemic to World War II. “At that time, more than 400,000 Americans died on the battlefield or on the home front in five years. Due to Corona, we have already exceeded this number in a year. And the whole thing is not over yet, ”said APHA spokesman Benjamin.

After years of steadily extending life expectancy in the United States, including by containing the opioid crisis, Sars-CoV-2 threatens to shorten the lifespan of Americans not only in 2020, but also in the years to come.

2,557 new infections in Austria + 34,000 registrations for mass vaccination in Schwaz

Corona setback in Germany: the number of infections is rising again...

Vitamin D deficiency in winter: this is the advice of a...

Corona immunity in Ischglern is still stable after eight months

Six findings from the Four Hills Tournament kick-off in Oberstdorf