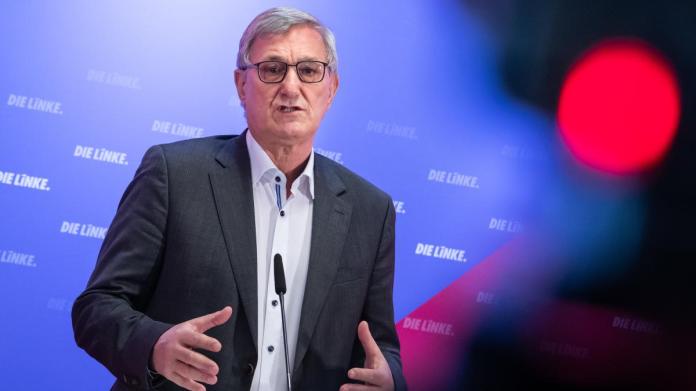 At the weekend, the Greens rejected allegations that they wanted to ban the construction of single-family homes across the board. Now Linke boss Bernd Riexinger joins the debate and calls for a rethink.

Linke boss Bernd Riexinger has called for a rethink in the construction of single-family houses. “You have to reduce land consumption, for social reasons and for reasons of climate protection,” he told the editorial network Germany.

“That is why we cannot continue with the single-family houses as we have before. Instead, we should concentrate in the cities and build plots in such a way that more apartments come out – above all more affordable apartments. “

The  Greens had rejected allegations at the weekend that they wanted to ban the construction of single-family homes across the board. “

The  allegations are wrong,” said a group spokesman on Sunday.

The  municipalities decided what was to be built where. This also takes into account how much space there is and how much vacancy there is, according to the Greens spokesman.

Fractional leader Anton Hofreiter was exaggerated after an interview with the “Spiegel”, the spokesman also wrote on Twitter. Hofreiter was asked in the interview about a decision by a Hamburg district office that had not included single-family houses in the development plans.

He commented on this decision with the “dramatic housing shortage” in the area.

The  district decided to create living space for many instead of a few. At the same time, Hofreiter made it clear: “Of course the Greens don’t want to ban their own four walls.”

That is why the lockdown does not apply from Christmas –...

Weil does not want to implement restrictions on freedom of movement...

Syringes without cooling: Vaccine had to be disposed of in the... Aviation – Stuttgart – Optimized hydrogen aircraft as the “future of...

Corona live ticker: Incidence in Germany as low as in November