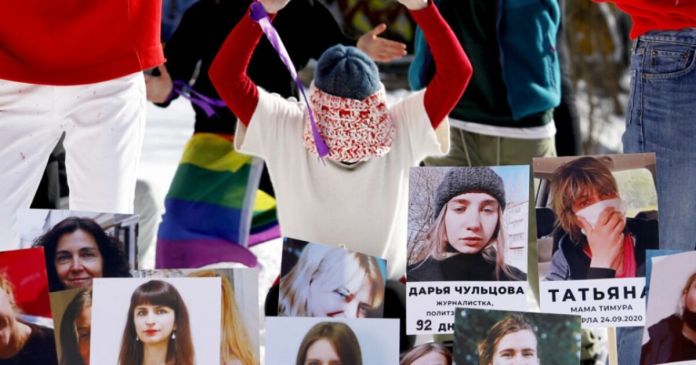 “ The re was one common cause for all of us – the restoration of freedom and justice in Belarus, and women were at the forefront of this struggle. For many women this struggle became a personal struggle,” said Belarusian opposition leader Svetlana Tichanovskaya in a greeting at the opening of the exhibition .

In Belarus, there have been mass protests against him since the controversial presidential election on August 9, after which the ruler Alexander Lukashenko was declared the victor again after 26 years in office.

The  opposition sees Tichanovskaya as the true winner of the vote.

The  EU no longer recognizes Lukashenko as head of state.

The  EU country Lithuania is one of the biggest advocates of the democracy movement in its neighboring country and has welcomed many Belarusian oppositionists – including Tichanovskaya.

“Breakthrough” in the fight against Corona? Simple flu drug should...

There were so many bankruptcies in the Corona year 2020

Pop as an investment: Bob Dylan sings for investors in China

Big chunks at the EU summit – compromise with Poland and... Research – Stuttgart – KI-Campus: Location decision could still be made...