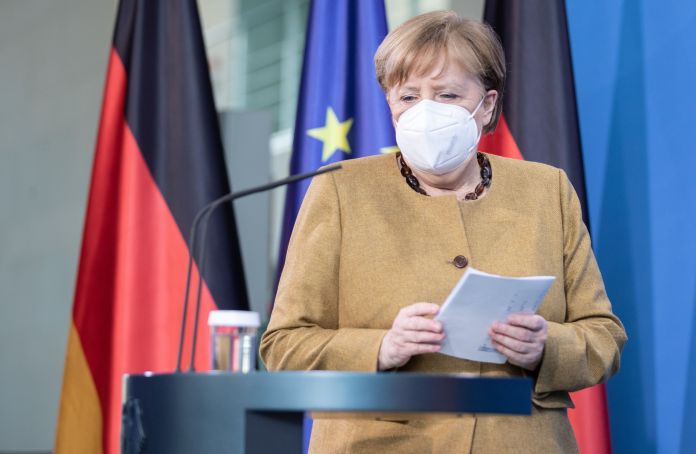 The re is a legitimate longing for an opening,” said Angela Merkel.

Chancellor Angela Merkel is planning to relax the lockdown in four stages, reports the “Bild” newspaper. Germany is currently in a tough lockdown that will last until March 7th. Now the Chancellor wants to pave the way for opening up.

“Opening steps without the yo-yo effect”

The re is a legitimate yearning for an opening,” emphasized Merkel on Monday in the CDU presidium and federal board meeting. Specifically, Merkel’s plan provides for easing in several stages. Chancellery Minister Helge Braun spoke of “four opening steps without the yo-yo effect”. Details of the four-step plan have not yet been leaked.

A working group headed by Braun will work out specific steps from Tuesday, which will then be presented on March 3rd.

According to information from the AFP news agency, Merkel named three areas: On the one hand, it was about personal contacts, secondly, schools and vocational schools, and thirdly, sport, restaurants and culture.

The  aim is to put together packages to make openings possible and then to adapt.

The  opening steps will probably go hand in hand with tests.

The  CDU Presidium also discussed the possibility of how family doctors and company doctors could be involved, it said.

The  spread of the mutations continues to cause concern

The  number of new infections continues to rise in Germany. On Monday, the Robert Koch Institute (RKI) reported 4,369 new infections.

Oliver and Amira Pocher have become parents again: the baby is...

Grand gesture: Ronaldo has given Lewandowski the Globe Soccer Award

Doctor shows work in intensive care unit: “You will see that...

Cyberpunk 2077: DLC postponed – developer with roadmap for patches and...

Duchess Meghan: One month after the miscarriage: She was surrounded by...