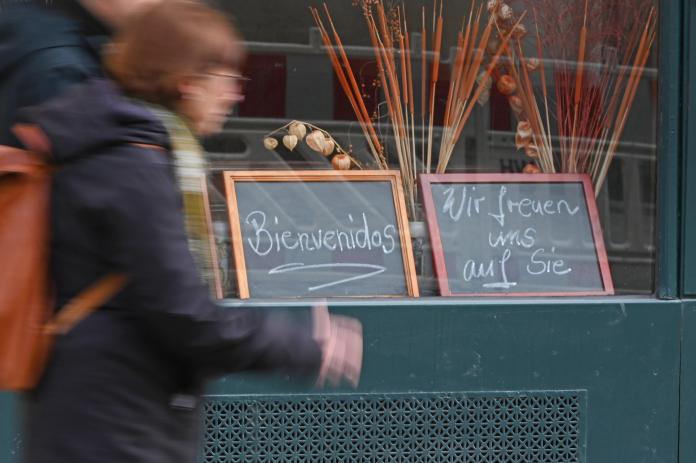 The  number of infections has fallen significantly in Bavaria and Germany in the past few weeks, but hidden under this trend is an increase in the more contagious corona variant B.1.1.7. – the so-called “British” variant. According to Federal Health Minister Jens Spahn (CDU), it has already made up 22 percent of the current infections.

The  nationwide seven-day incidence value per 100,000 inhabitants is currently rising slightly again, currently it is just under 58. And the R value, which measures the infection rate per infected person, rose above the critical value of one for the first time in weeks on Saturday.

On the one hand, the Robert Koch Institute warns against this background of a “turning point”, on the other hand, politicians are increasingly calling for the corona measures to be relaxed soon.

Lindner: Open from incidence below 35

FDP party leader Christian Lindner, for example, is demanding immediate permission to open shops, restaurants and fitness studios in regions with a low seven-day incidence of new corona infections. “Counties and urban districts that fall below the 35 incidence must be able to start immediately,” Lindner told the newspapers of the Funke media group.

In schools, for example, there is no risk of crowds, there are permanent memberships in fitness studios and the number of visitors can be limited in retail and catering, said Lindner. If hairdressers with a hygiene concept are allowed to open, then this should also apply to other businesses, retail, culture and gastronomy.

In this context, Lindner called for the rapid approval of self-tests.

The y would have to be cheap and available in large numbers, and the test result had to be reliable, for example with the help of an app. Under these conditions, a negative rapid test could in the future be the ticket to the theater, cinema or other.

The  economy has long been pushing for an end to the strict restrictions. Instead of a blanket lockdown, you need “targeted, effective individual measures,” said Stefan Genth, managing director of the main association of German retailers, the “Rheinische Post”. And the President of the Federation of German Industries, Siegfried Russwurm, added that he would like politics to establish evidence-based criteria that give everyone orientation – for example, from a certain incidence value.

The  President of the Central Association of German Crafts, Hans Peter Wollseifer, pleaded in the “Neue Osnabrücker Zeitung” for a nationwide Corona traffic light, from which one could read exactly under which conditions and hygiene conditions which companies can reopen.

Meanwhile, the Bavarian Prime Minister Markus Söder warns that the number of infections in Germany is no longer falling as sharply as it was last week and in some places even rising again.

The  CSU boss still wants to talk about prospects and suggests an “opening matrix” depending on the infection situation on site: “Where more is possible, much more is possible. Where we have to be skeptical, significantly less is possible.”

The  head of the Systems Immunology department at the Helmholtz Center for Infection Research in Braunschweig, Michael Meyer-Hermann, warns against being fooled by the falling numbers.

The  much more contagious British Corona variant is growing and Great Britain has only got the exploding increase under control again through a much more violent lockdown than currently in Germany, he told the NDR. Meyer-Hermann also advises the federal government on how to deal with Corona.

The  SPD health expert Karl Lauterbach warned in the SWR: “I think it is certain that the numbers indicate that we are at the beginning of a third wave.” He is therefore critical of the partial opening of schools in other federal states from Monday.

The  antigen tests, with which children should be tested regularly, are not yet available. “That’s why you take a risk,” said Lauterbach. On Monday, another ten federal states want to open at least some of their elementary schools and daycare centers, including Bavaria.

Federal Finance Minister Olaf Scholz has demanded a framework plan for further relaxation of the pandemic rules for the next Corona meeting of the federal and state governments. With the concept, each opening step must be considered individually, he told the “Mannheimer Morgen”.

The  next online round of Chancellor Angela Merkel (CDU) with the heads of government of the 16 federal states is to take place on March 3rd.

At the same time, Scholz also warned: “We must not be careless.” A prerequisite for any further opening steps is that the infection numbers allow this. It is also important that resolutions are communicated clearly and transparently. Where there are problems, the reasons have to be described very precisely. It is good to start the first openings in daycare centers and primary schools, but depending on the incidence.

Federal Labor Minister Hubertus Heil (SPD) considers an on-off strategy like the one in Austria to be detrimental to the economy. “Just because we are all annoyed by the lockdown, we cannot end it with a bang,” said the Federal Minister of Labor.

More than half of the counties and urban districts in Bavaria have now fallen below the incidence value of 50. According to the Robert Koch Institute (RKI), 51 of the 96 districts and cities recorded fewer than 50 new infections per 100,000 inhabitants within a week on Saturday. Of these, 27 are below the 35 mark.

However, the upward gap is very wide: with the districts of Tirschenreuth (345) and Wunsiedel (313) on the Czech border, the nationwide front runners in terms of incidence figures are in Bavaria.

5 in Freiburg with tough accounting

Pope Francis was vaccinated against Corona

Simone Mecky-Ballack posts a rare picture with her three sons

Coronavirus in Germany: Laschet against special rights for vaccinated people –... 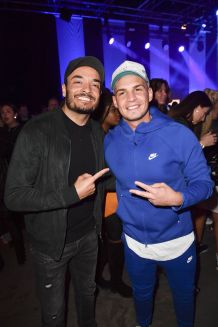 Buddy service: HE takes care of Pietro in quarantine – People