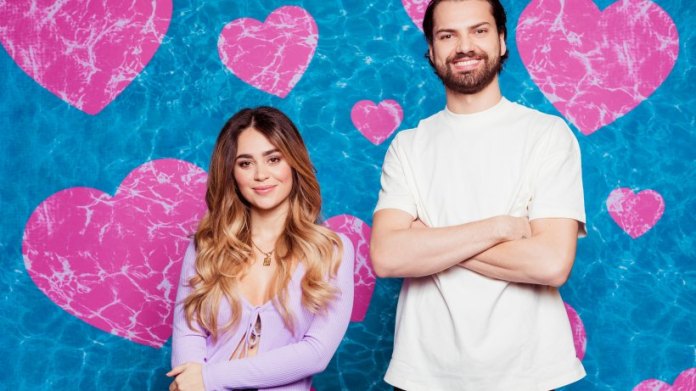 “Love Island” (RTL2): Viewers can look forward to THIS TV beauty – she has already distributed roses

In a few weeks the time will finally come, “Love Island“Goes on RTL2 into the fifth season. Once again, sexy singles will move into a dream villa on Tenerife to find the love of their lives, or at least to experience the hottest days of the young year. It is already known that Jana Ina Zarrella (44) will be leading through the dome show again.

But now it is also clear who, in addition to Jimi Blue Ochsenknecht (29), will be the highlights of “Love Island – Aftersun:

The  talk afterwards “leads and provides insights into the love villa: Nobody less than Melissa Damilia (25)! And THAT is really no stranger.

It is clear that she will know what she is talking about, because: Melissa Damilia took part in “Love Island” herself in 2019 and knows the dating show with all its positive and negative sides inside and out. Added to this is her experience in distributing roses – that’s right, Melissa was also a “Bachelorette” in 2020.

The  new presenter replaces Cathy Hummels (33). Melissa Damilia told RTL2: “It’s like coming home and I’m very happy to be part of ‘Love Island’ again.” And further: “I’m really excited to follow the Islanders’ journey and will probably be strong feel with them, since I have already had this experience myself. “

This is “Love Island”:

That’s the assumption – and that’s exactly what makes us so excited.

The re have been plenty of headlines about Melissa. In the “Bachelorette” final she had decided on Leander at the time, which caused great excitement among the audience. It quickly became clear to them: the relationship would not last long, they would not follow each other on social media and so on. Yes, puff cake! Both are actually still a couple.

More news from the world of stars, starlets and shows:

++ Meghan Markle and Prince Harry: Buckingham Palace is afraid of THIS interview ++

++ Vanessa Mai: sexy dance interlude – but she didn’t want to show THAT much ++

++ “Who will be a millionaire?”: Günther Jauch gives the candidate an answer – that has consequences ++

Well, then from the “outside” she will really have the right view … (mg)

++ Hartz 4: Woman falls for marriage swindlers – after that, she also threatens this trouble ++

++ Bundestag election: poll shock for the CDU! Are these the signs of Merkel’s departure? ++

From March 8th, it’s that time again: for the fifth time, presenter Jana Ina Zarrella will present the dating show “Love Island” on RTL Zwei. But one thing should be different this time. And THAT won’t suit some fans, that much seems clear. Here you can find out all the details!

Because of Dieter Bohlen! Evelyn Burdecki is suddenly on stage...

Killing of Patrice Lumumbas: Faltering coming to terms even after 60...

Rumors in Moscow: Vladimir Putin is said to be seriously ill...

What is (still) behind the plan to remove Donald Trump from...