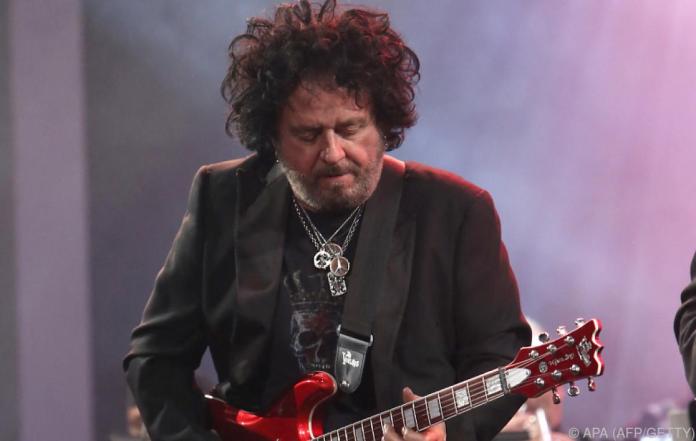 Steve Lukather is an old school musician in the best sense of the word.

The  Toto band leader still prefers to record an album live and directly in the studio. So also his new solo work. “I made the record because I was wondering if I could still do it,” Lukather said in a Zoom conversation with the German press agency. “Can I still go to the studio with a couple of guys without rehearsing, just put up notes and go?”

The  result is called “I Found

The  Sun Again” and appears parallel to the new solo disc of his buddy and Toto singer Joseph Williams, which is called “Denizen Tenant”. We supported each other in this. Various former companions are also involved.

“We knew that Toto would take a break from the end of 2019 anyway, so we were already prepared to be at home,” Williams said in an interview with dpa. “I thought this would be the perfect time for a solo album.

The  coronavirus gave me more time to focus on it.”

Lukather had more to do. “I’m 63 years old now and have lived a pretty crazy life without a break,” he says. “I used the break to put myself in order, to forgive myself and to leave the past behind me.” He points to his non-alcoholic beer and jokingly taps his nose with a snuff. “Too much, too loud, too fast, uh, I’m not that guy anymore.”

As on previous solo records, the gifted guitarist, who has worked as a session musician on Michael Jackson’s “Thriller” and more than 1,500 albums, has set his emotional world to music. “I fell in love,” says Lukather happily.

The  title song is a love letter to his girlfriend. “She changed my life.”

The  Low Spark Of High Heeled Boys” is ten minutes long). “Journey Through” reminds you of Jeff Beck’s “Cause We’ve Ended As Lovers”. Ex-Beatle Ringo Starr sits on the drums in the humorous “Run To Me”. Lukather has been a member of his All-Starr Band for many years.

Williams says he recorded a bunch of songs that he’d love to hear in the car. “Never Saw You Coming” is rather dark. “Black Dahlia” with Totos keyboard guru David Paich grooves gently in the style of “Yacht Rock” of the 70s and 80s. “Even though it sounds a lot like Steely Dan and all that, the song is kind of an accompaniment to (Toto’s 88 hit) ‘Pamela’,” Williams says, “because it’s about the same person.” It is said to be a former girlfriend.

With daughter Hannah Williams covers “Don’t Give Up” by Peter Gabriel and Kate Bush. “

The  text can also be a conversation between father and daughter,” says the 60-year-old. “Hannah is a wonderful singer,” enthuses Williams. “She’s been a real professional since she was a child.

The  funny thing is that she studies psychology.” Music runs in the family. Williams’ mother Barbara Ruick was a singer, his father is film composer John Williams (“Star Wars”, “Jurassic Park”).

The re is hardly any real Toto feeling on “Denizen Tenant”.

The  mix is ​​too arbitrary for that. But the US band that produced hits like “Hold

The  Line” and “Africa” ​​in the 70s and 80s is about to make a comeback. “I want to play again,” says Steve Lukather. Tour dates have already been published, but whether the dates – including July 24th in Graz and July 31st in Vienna – are not certain given the corona pandemic.

Williams was the front man from 1986 to 1988 and has been there since 2010. David Paich and Steve Porcaro don’t want to go on tour anymore. That’s why there is now a new line-up. “We have musicians who are among the best in their field,” emphasizes Joseph Williams. “And that’s what this band is about.”

Lukather had announced the end of Toto more than once. However, he never lasted long without his band. “I tell a lot of crap, and thanks to the Internet, I get reminded about it every day,” he jokes and assures: “I still love music, I love to play.”

Toto has survived countless line-up changes since the band was founded in 1977. Only Steve Lukather was there in every incarnation. “I was the only constant. And I’m still breathing.” As long as that is the case, he will probably continue to make music with Toto in some form.

Health insurances 2021: These are the cheapest and it’s so easy...

Claudia and Shada continue: This is how the DSDS candidates think

General meeting at VfB Stuttgart: Presidium has a new date in...

Corona warning app: Why does it show fewer risk contacts?

Biontech wanted a “dubious” price for a dose; Corona traffic...

Brady or Mahomes: who will win the Super Bowl?