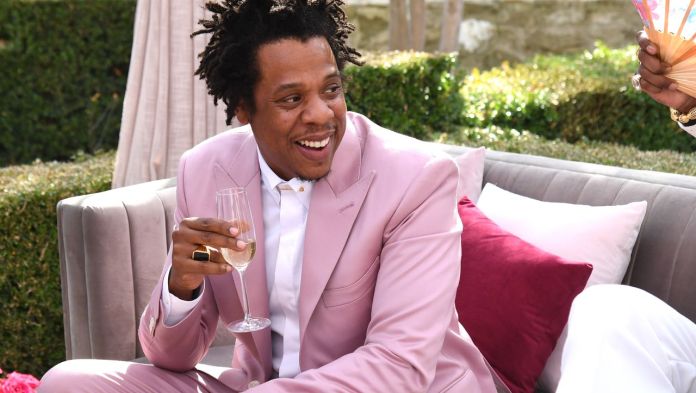 Jay-Z is the first rap billionaire in history and his business also includes his own luxury champagne brand Armand de Brignac. Now he is doing common cause with the French luxury group LVMH: According to a release, the hip-hop mogul is selling 50 percent of its shares in the brand to Moët Hennessy, the spirits division of LVMH.  The  French luxury goods company did not provide any information on the financial conditions.
Jay-Z discovered the brand known as “Ace of Spades” because of its ace of spades logo and presented it to the public in his music video “Show Me What You Got”. In 2006 he joined the brand and took over completely in 2014.

The  champagne business was booming, despite high prices of hundreds of dollars per bottle, Armand de Brignac sold around 500,000 pieces worldwide in 2019, but sales may collapse due to the corona pandemic.

Jay-Z has Bitcoin Endowment Fund with the Twitter boss

For years, luxury goods companies have been increasingly relying on partnerships with artists from the hip-hop scene and collaborations with streetwear brands. LVMH had already started a clothing line with the singer Rihanna, which was put on hold for the time being in the pandemic. Jay-Z has long made a name for himself as a businessman, most recently he made headlines through a joint Bitcoin endowment fund with Twitter boss Jack Dorsey.

Jay-Z said the new partnership “felt familiar all along.” For the musician who is married to the R&B star Beyoncé, something completely different is also likely to be valuable: LVMH will take over global sales for Armand de Brignac, said LVMH manager Philippe Schaus.

Jay-Z meanwhile expands its business in the field of other intoxicating substances.

The  51-year-old, who once dealt as a teenager, recently expanded his investments in cannabis companies.

On St. Stephen’s Day, Pope reminded of the persecution of Christians

Laura’s Insta success: what does her ex Pietro Lombardi think of...

Recall: Danger from kitchen helpers – do not use these products...