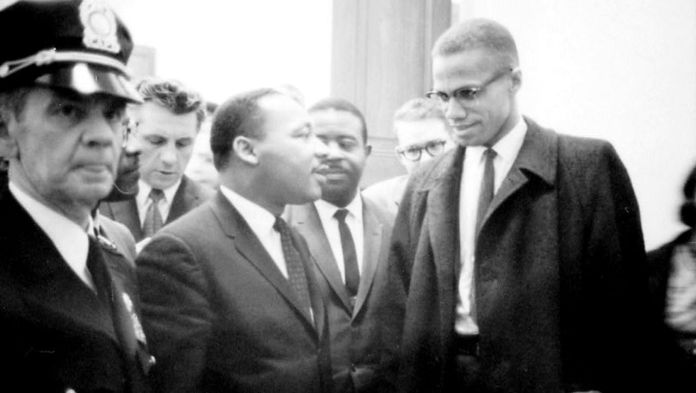 On February 21, 1965, Malcolm X died when an assassin fired 21 shots at him during a lecture in New York.  The  perpetrators were members of the religious-political organization Nation of Islam, which X had decisively influenced until his break with the leader Elijah Muhammad. But to this day, conspiracy myths surround the death of the well-known civil rights activist.
Well, exactly 56 years after his death, the family of Malcolm X has spoken out.

The  British Guardian reports on it. Over the weekend, the Descendants released a letter from a former undercover agent for the New York Police Department (NYPD). According to the information, Raymond Wood had dictated the letter on his deathbed.

In the letter, he explains that the FBI and NYPD played an important role in preparing for the assassination of Malcolm X. Accordingly, Wood received instructions from his superiors to lure two of the civil rights activist’s security guards into a trap.

According to his own account, the undercover agent Woods made the men commit crimes.

The  ensuing arrest prevented her from guarding the doors of the Audubon Ballroom in New York City on the day of the murder. Malcolm X was shot there on February 21, 1965. At the time of his murder, X was under FBI surveillance.

The  Federal Police have not yet responded to the recently published letter.

As the only one of the three shooters, Thomas Hagan had admitted the act at the time. He was released in 2010 after around 45 years in prison in the US.

The  other two suspected shooters had been at large since the 1980s.

The y had protested their innocence to the end. Ever since the judgments there have been experts and historians who suspect a more far-reaching conspiracy behind the bloody act.

Won new followers with the force of words

Malcolm X had found the civil rights movement after a detour through crime and imprisonment and had quickly risen to become the spokesman for the Nation of Islam. Because his ideas initially differed greatly from Martin Luther King’s peaceful call to protest, he was often portrayed in the media as a radical, as a “hate preacher”.

Malcolm X’s main place of work was the New York borough of Harlem. Here he had taken over the temple for the Nation of Islam and, with his talent for speech, knew how to win countless new followers for the cause.
Due to his past in poverty and crime, he knew better than anyone how to address the poor black population. At the same time, by studying philosophy, history and rhetoric on his own, he had acquired an immense wealth of knowledge and developed an extraordinary talent for rhetoric.

The  activist’s mindset changed significantly, especially in the last two years before his assassination, when he was looking for an alliance with more moderate, less militant civil rights activists – one of the reasons that led to his break with the Nation of Islam.

WhatsApp: Long-awaited function for web version will be launched soon

This is how “Love Island” -Sandra and Juliano met