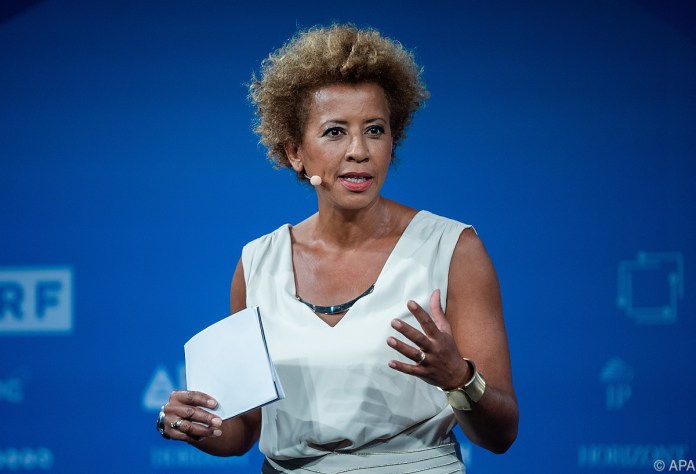 APA: You have already hosted the first four seasons of “Starmania” from 2002 to 2009. Do you remember them well?

Kiesbauer: In very fond memories. When it was launched, “Starmania” sealed my return to Austria. It was an incredibly exciting process from conception to the first show. We were all enthusiastic about the format behind the scenes, but of course with a completely new show you never know whether the audience will see it the same way. I will never forget the final show of the first season when a grand piano floated from the ceiling during Michael Tschuggnall’s performance. He then played his own composition, a love song for his girlfriend. Even many Christina-Stürmer fans couldn’t help but vote for Tschuggnall at the moment.

The n he won too.

APA: Do you think now is the time for the show to comeback?

Kiesbauer: “Starmania” should have continued to run.

The  success of other casting formats in Germany has shown that they are a very important, if not to say essential, genre of television. A brand like “Starmania” should be cherished and cherished.

APA: 64 candidates are singing for victory in “Starmania 21” and thus more than ever before. Do you still keep track of things? Can you assign a name to each face?

Kiesbauer: I will do it like the audience: I deal more closely with the candidates from broadcast to broadcast. It’s not just about faces and names. Ultimately, we want to capture the personality and independence of each candidate in a relatively short time with the help of recordings.

APA: Sometimes it puts harsh criticism on candidates. Does that affect you personally?

Kiesbauer: That goes very deeply to my heart because I have a strong protective instinct. Most of the candidates are very clueless about their stage experience and how they deal with criticism. I have become a bit like “Mama Starmania” because I noticed that I have to give them support so that they can learn and grow into it.

APA: What is new is that this time you are not moderating in front of a live audience, but exclusively for viewers in front of the screens. Do you have to adjust yourself as a result?

Kiesbauer: It’s strange because such shows by and large live from the energy of the audience and this makes the performance incredibly easier for the people on stage. Last year, as the moderator of “

The  Masked Singer Austria”, I had concerns about whether it would work without an audience. But then it went very well. We imagined the energy of the audience.

The  Masked Singer”: You hosted the show for Puls4 last year. A new season started recently. Did you have to choose a show?

Kiesbauer: Yes. I had to make sure that “

The  Masked Singer Austria” is in good hands and taken care of in terms of moderation. Only then did I have a clear conscience to accept “Starmania”. Fortunately, it was possible with the help of everyone involved.

APA: So can it be said that “Starmania” is a bigger concern for you?

Kiesbauer: You can’t say that. “

The  Masked Singer Austria” is my baby too, but of course “Starmania” has been part of the family for a long time.

The  audience will only be involved in the decision-making process via televoting from show 8/10. Do you like that?

Kiesbauer: I very much appreciate the fact that the jury is responsible for deciding who will advance in the first broadcasts. We have hired three very competent, award-winning songwriters and singers. But of course the audience is the icing on the cake. Ultimately, it is then in the final show that it decides which star you accept.

APA: You have moderated a wide variety of events and programs. What is the attraction of casting shows for you?

The  fact that you are very close to the development of a talented singer. Over the course of weeks you can see exactly how they develop more professionalism, how their stage personality and their bond with the audience unfolds. That could be seen very clearly with Christina Stürmer. What has developed there as soon as she was on stage, how the fan base has grown from week to week, how much has come out of her: Watching that is the real miracle.

(ABOUT THE PERSON: Arabella Kiesbauer was born in Vienna on April 8, 1969. She began her career as a presenter on the ORF youth program “X-Large”. From 1994 to 2004 she had her own talk show on the German broadcaster ProSieben in 2015 the Eurovision Song Contest in the Wiener Stadthalle and from the eleventh season the ATV show “Bauer sucht Frau”. In 2003 she received the golden Romy as a special prize from the jury for her moderation on “Starmania”.)

Oana Nechiti accuses the “Let’s Dance” jury of being sexist

Heidi Klum: She shows “Hans” and “Franz” for her brother-in-law Bill Kaulitz

Sophia Thiel: Finally! She introduces us to her great love

Formula 1: will Ferrari save the season in the Bahrain desert?

Airbus is said to have delivered more than 560 aircraft in...