The  “Spurs” suffered a 2-1 defeat at West Ham, making them the fifth loser in their last six games. While West Ham moved up to fourth place as the best-placed London club, Jose Mourinho’s squad is already nine points behind a Champions League place, but also has a match in hand.

Leicester City, however, continues to operate successfully, with a 2-1 win at Aston Villa the “Foxes” moved up to second place, at least for the time being. Christian Fuchs sat on the bench with the guests.

Steiner on Masepin’s rude Formula 2 campaigns: “We have work ahead...

How much do the pharmacies earn from the FFP2 masks?

News from skiing – Val di Fassa takes over Super-G from...

Microsoft wanted to buy – “Nintendo laughed at us!” 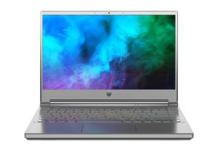