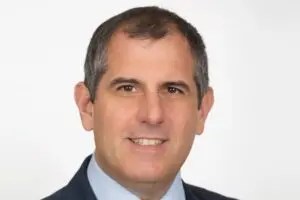 The re are also newcomers at Spitz and the APA.

The  IFN Group (including window manufacturer Internorm) wants to strengthen its management team: In order to promote the further expansion of the company, Alfred Schrott will take over the board function for sales and marketing from May 1st. Schrott was previously on the board of the confectionery manufacturer Josef Manner & Comp. AG.

IFN-Holding positions itself as Europe’s leading group of companies for complete solutions for everything to do with windows, with Internorm as the largest European window brand.

The  group employs around 3,900 people and generated sales of 612 million euros in 2019. Currently these include:

With the acquisition of Skanva in 2020, the family company took another step on the Scandinavian market. In his previous position, Schrott had already developed and internationalized the Manner brand, according to Christian Klinger, co-owner and company spokesman: Now, together with Johann Habring, he is to secure the strategic direction and further expansion of the IFN Group.

Before joining Manner, the graduate in business administration Schrott was responsible for the Unilever business in Austria in the management of Unilever DACH.

Bank Austria COO Tina Pogacic is promoted to the board

The  change in the distribution of responsibilities will come into effect on March 1, subject to regulatory approval.

The  recent surge in digitization and the increasing importance of digital transformation clearly shows how important it is to control all processes across the board in order to be able to react professionally to such far-reaching upheavals. In order to underline our focus on digitization and operational control, the Supervisory Board has created a separate Management Board area for the existing COO function, ”said Gianfranco Bisagni, Chairman of the Supervisory Board.

Pogacic (34) has headed the COO area in the Executive Committee, the extended management body of UniCredit Bank Austria, since January 2019. She has held the position of Chief Information Officer since 2016. Before that, from 2010 she worked in various management positions at Zagrebačka Banka, UniCredit’s subsidiary in Croatia. Tina Pogacic holds a Masters Degree in Finance from the University of Zagreb (2010).

Food manufacturer Spitz appointed Günther Hofer (39) to the position of Chief Financial Officer (CFO) on January 18, 2021. With around 800 employees, Spitz is one of the largest representatives of its branch in Austria. Hofer was most recently at Haribo, where he headed German controlling and was responsible for global controlling and then took over the financial management for Germany with 3,000 employees and five plants, as it is known.

Spitz is currently running the largest investment program since the 1970s and is investing a high double-digit million amount, according to the new CFO: “Being able to share responsibility for this is a great challenge that I am very much looking forward to.”

Doris Pokorny is the new managing director at Gentics Software

For six years, Gentics was a sub-division of APA-IT Informations Technologie GmbH, from June 2021 the Austrian software company with around 30 employees will be an independent company again, the Austria Press Agency announced.

Doris Pokorny, APA’s CFO, is accompanying the outsourcing process and took over the management of Gentics Software GmbH together with Philipp Dörre on January 1, 2021.

The re she is primarily responsible for the special areas of finance and law.

Pokorny was previously responsible for auditing the APA group while she was an auditor at KPMG. In 2013 she was appointed to the executive board of the third largest news agency in Europe, where she has since acted as chief financial officer. She studied commercial science at the Vienna University of Economics and Business.

Inbox: Analysten: “We expect a moderate weakening of the global stock market index in the coming week”

Did Johannes Haller accidentally reveal the sex of a baby?

Covid-19 – homes in Klosterneuburg: Vaccinations will start this week

Announced for Android, iOS and PC