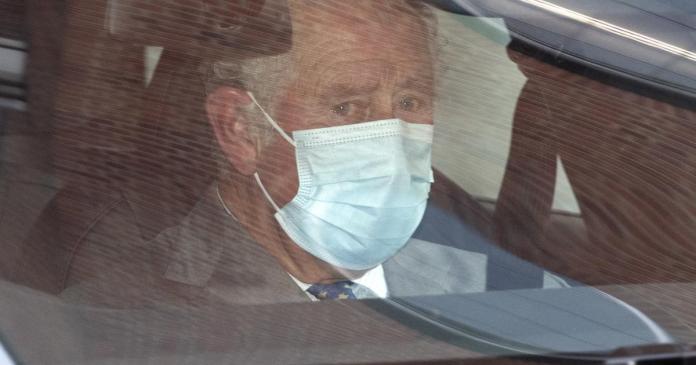 The  British heir to the throne, Prince Charles, visited his father, Prince Philip, in the hospital on Saturday.

The  72-year-old stayed in the King Edward VII clinic in London for around half an hour in the afternoon, as reported by British media.

The  99-year-old husband of Queen Elizabeth II was admitted to a private London clinic for observation on Tuesday evening – a purely precautionary measure, according to the palace.

Photos show a worried-looking prince on his way to the hospital.

The  British Sun According to the 72-year-old, it was noted that it was a difficult week for the Royal Family. Only shortly after the Duke of Edinburgh was admitted to the hospital, it became known that Prince Harry and Duchess Meghan would no longer return to the royal family and that the Megxit of the couple living in the USA was final.

Charles’ visit to his father came the day after the palace announced the decision regarding the future of the Sussexes.

A Christmas tree that anyone can decorate

Alice Weidel breaks off the interview

These five tricks will keep house plants healthy through the winter

New tariffs are necessary in the corona pandemic

According to “KZ” statement: RTL immediately cuts Michael Wendler out of...