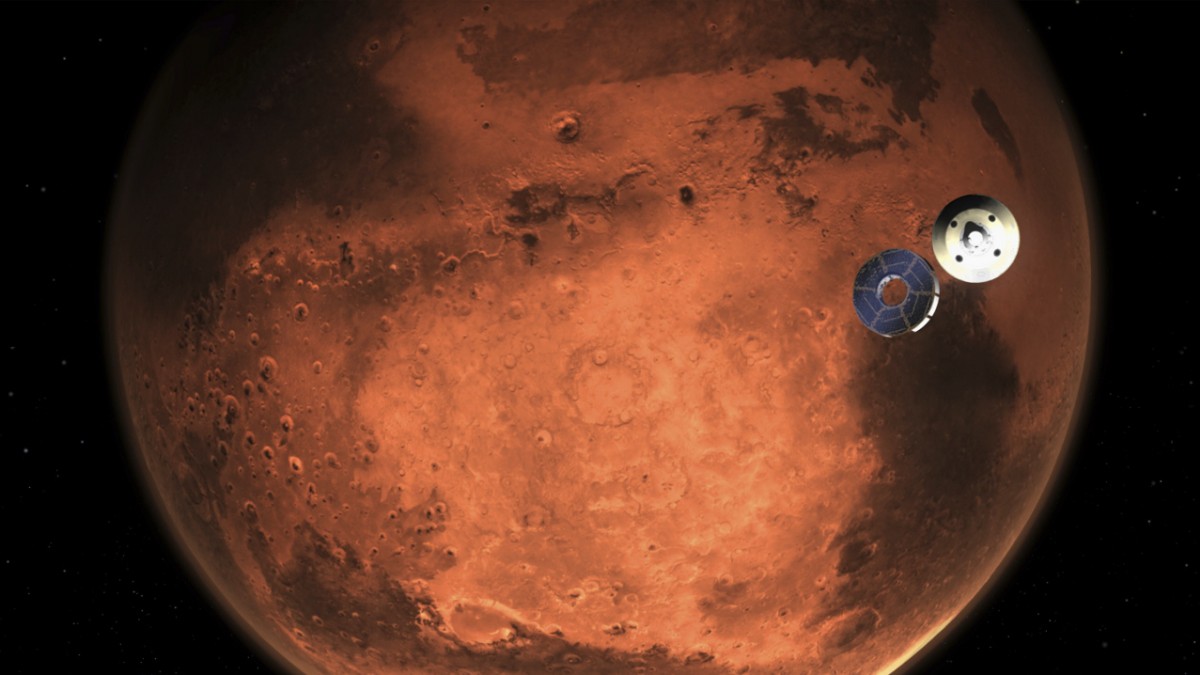 The  Martian canals are to blame, if they existed. In 1877 the Italian astronomer Giovanni Schiaparelli believed for the first time to perceive linear, very long depressions on Mars.

The y soon became known as the Martian canals, especially since the US astronomer Percival Lowell speculated that water might at some point have flowed into the hundreds of kilometers long depressions that they might not even have a natural origin.

Water? Water means life. And Mars is a planet, almost like the earth, visible to humans. So the popular final chain water – life – (artificial?) Canals was obvious.

The  myth of Mars and the Martians was born; by dime books and serious writers (HG Wells), in comics and picture sheets, it was absorbed for decades.

The  little green men from Mars are part of the basic equipment of globalized popular culture.

The  interest in NASA’s latest Mars mission is also proof of this. Thanks to modern telescopes and probes, we know that there are no canals on Mars. But that doesn’t detract from the effort to find out whether life of any kind exists up there (is Mars actually up there?) – and be it life the size of the coronavirus.

Mars is the earth that has become inhospitable

Beyond scientific motivation, space travel also has to do with the self-image of those who send rockets to Mars or elsewhere.

The y want to prove to themselves, their opponents and the whole world that they can “do it”, that India, China or the Emirates no longer have to lag behind the former superpowers USA and Russia (formerly the Soviet Union). So far, extraterrestrials have not been found out there, but the all-too-earthly – competition and self-promotion – certainly. In that sense, Mars is just bad old earth.

Unlike the moon – just a satellite that has moved very close since 1969 – Mars was and is also the favorite projection planet for good and bad fantasies.

The  invasion of Mars has been part of the standard repertoire of seriously alien threats since Wells’ “War of the Worlds” in 1898.

In addition, the red desert planet serves as a backdrop for all sorts of pre- and post-apocalyptic parables in entertainment literature and cinema, which have the struggle for survival on Mars as the foreground, but the gradual or sudden death of the earth as the background. Mars is also the earth that has become inhospitable.

Colonize Mars from the garage

And finally, Mars also stands for hope. Several mediocre nerdy billionaires like Richard Branson, Jeff Bezos or Elon Musk want to send people to Mars in the foreseeable future. Above all, Musk is the typical representative of a big bang milieu, in which clever sci-fi authors like Ray Bradbury or Philip K. Dick have shaped the visions, and in which one can colonize Mars from a garage.

Musk or Bezos, who have become the richest on this planet within a decade, are now targeting the next one, Mars. It is the dream of good colonialism out in space.

35 months after publication bigger and better than ever

No reverse charging on Apple iPhone and Apple Watch

Surprise for a new economy cell phone was spoiled

Decision at the beginning of the week: Karliczek: Earlier vaccination for...

The Good Life no longer this year

Washington: “Then we will get a civil war”