New Corona Protection Ordinance
:
Mask requirement at schools in NRW will be tightened from Monday

The  corona indicators in NRW are rising again despite lockdowns.

The  fear of a third wave due to mutations is great. But from Monday the schools will fill up again.

While concerns about virus mutations are increasing, more than 800,000 schoolchildren in North Rhine-Westphalia will return to classes on Monday under tightened protective measures. As planned, primary and special school pupils as well as pupils from final classes and vocational colleges would be brought back to face-to-face classes, said School Minister Yvonne Gebauer (FDP) on Friday in Düsseldorf.

The  mask requirement in schools is being tightened.

An alternating model of distance and face-to-face teaching in halved class sizes is planned for primary schools. According to Gebauer, this means that half of the around 680,000 primary school students will initially return to class. According to Gebauer, the final years with around 280,000 students at secondary schools, secondary schools and grammar schools can also be taught in full class or course size. In addition, there are around 220,000 students at vocational colleges, which usually only have lessons one or two days a week.

As of Friday until March 7th, “no changes” are planned for these regulations, said Gebauer. Should the nationwide incidence of new infections per 100,000 inhabitants fall “steadily” below 50 in seven days, then the state government will decide whether to expand face-to-face teaching. If the infection rate allows, other years should then be brought back to face-to-face classes. “But we have to be stable under 50.”


In view of the currently stagnating and possibly increasing numbers of infections, Gebauer said that the system was “still very fragile”. Individual corona outbreaks could also cause the values ​​to fluctuate. She also did not want to name a period of time for how long the incidence for further steps in school operations would have to be below 50. State Secretary Mathias Richter emphasized that the “entire range” from distance to face-to-face teaching, depending on the infection situation, “can be used both in one direction and the other”.

The  important seven-day indicator for new corona infections rose again slightly after a long downward trend in the most populous federal state.

The  Robert Koch Institute (RKI) published a value of 58 on Friday morning. On Thursday, the value was 57.1 and on Wednesday it was 56.

Due to the current infection situation and the fear of mutations in the coronavirus, protective precautions are being tightened in schools – including for primary school students. According to Gebauer, it is mandatory to wear a medical mask on the premises. Students up to grade 8 could wear an everyday mask if a medical one doesn’t fit. According to State Secretary Richter, the mask must also be worn by primary school students on the pitch from Monday.

The y are already mandatory in supermarkets or on local public transport.

According to Gebauer, regular rapid tests for schoolchildren are not currently planned. Teachers can get tested for the virus twice a week for free.

According to Gebauer, the schools continue to offer emergency care for the years from the first to the sixth grade. Up to the 13th grade, certain students can take part in distance learning in schools if they do not have the opportunity at home.

The  new Corona care regulation also regulates that extracurricular educational offers can also be used again, said Gebauer. For vacation and funding programs up to and including the summer vacation 2022, 36 million euros would be made available.

The  trade union GEW NRW stated that comprehensive tests and the use of air filter systems are necessary for a successful start to school.

The  way to school must also be secured, and clearances must be maintained in the school transport. It is right that elementary school students should also wear masks on the square.

The  teachers’ association VBE stated: “Even if there will be joy about seeing each other again, it will not be a carefree return to classroom teaching.” Teachers are concerned about the mutations of the virus. It is all the more important to keep the study groups small – also in the final classes. “Caution must precede speed if we do not want to jeopardize what has been achieved.”

Amazon monitors messengers – if you don’t want to be filmed,...

Berlin derby in front of fans? Union part of a... 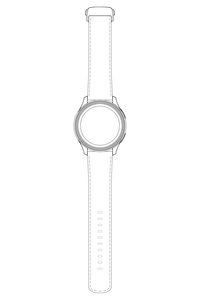 First sketches for the design of the One Plus Watch viewed

Borussia Dortmund: has BVB planned for the defeat against Bayern?

Leipzig coach Nagelsmann angry: “The penalty is an absolute joke!”