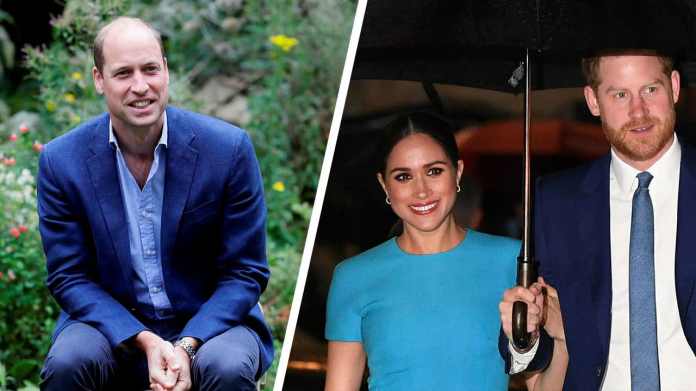 On Friday (February 19), Prince Harry (36) and Duchess Meghan (39) announced their final withdrawal from the British royal family. Harry’s brother Prince William in particular is said to be sad and hurt because of a document.

In a statement on Friday, the palace announced that Harry and Meghan must from now on hand over all of their honorary and military titles and patronage.
In the wording: “After discussions with the Duke, the Queen confirmed in writing that it is not possible to continue with the responsibilities and duties that come with a life in the public service after having withdrawn from the work of the royal family.”
The  statement describing Meghan and Harry as “loved ones” of the family states, “Everyone is sad about their decision.” And what did Harry and Meghan do? In a letter of their own, they made it clear that this patronage was “universal”.

In the wording: “As their work last year has shown, the Duke and Duchess are still committed to the service of the United Kingdom. All over the world, regardless of their official role, they have offered their continued support to the organizations they represent. We can all live a life of service. Service is universal, ”announced Meghan and Harry.

This reaction of the couple to the statement from the palace and thus the Queen hit one person in particular: Harry’s brother Prince William (39).

A friend of the prince told the Sunday Times that the Duke of Cambridge was “really sad and genuinely shocked” by his brother’s “farewell letter”.

The  insider added: “Harry and Meghan insulted and disrespected the Queen,” William was “very upset about what happened”.

According to British sources, it is said to be the worst quarrel in the British royal family since the quarrel between the brothers Edward VIII and George VI. in 1936.

Oana Nechiti accuses the “Let’s Dance” jury of being sexist