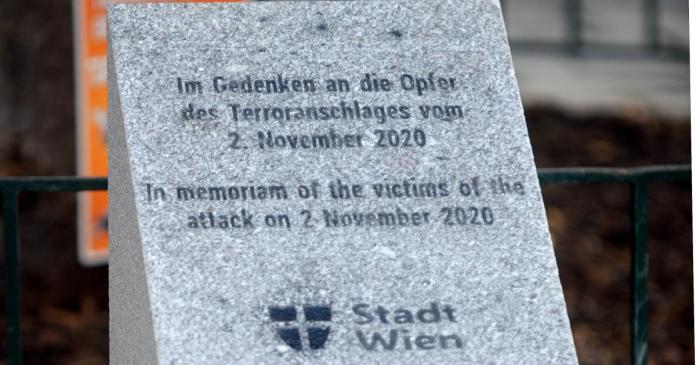 “That night was undoubtedly a difficult turning point and difficult hours for our city,” said Mayor Ludwig today.  The  memorial should be a “permanent reminder” and was erected to commemorate the fact that we must stand up together against all forms of terror and extremism.

Thanks to the executive

Ludwig also paid tribute to those people who had helped others that night and, for example, provided temporary accommodation.

The  mayor also thanked the executive and the city officials – for example the Wiener Linien staff, who remained on duty, although it was not yet known whether there were several assassins. Ludwig also emphasized international solidarity.

In addition to the head of the city, the members of the city senate, the chairmen of the municipal council and the state parliament as well as the representatives of the city’s district council took part in the short – due to the corona – held in a very small setting. City Councilor for Culture Veronica Kaup-Hasler (SPÖ) recited a poem written for the occasion (“Requiem”) by the Vorarlberg writer Monika Helfer.

The  ceremony was accompanied by a wind ensemble from the Vienna Symphony Orchestra.

The  numerous candles, flowers and other devotional objects that were deposited in the city center after the crime have largely disappeared.

The y have been removed and part of it has been given to the House of History.

The  Wien Museum has already documented the memorial sites. Tomorrow, Wednesday, a work will also be presented in St. Stephen’s Cathedral in which parts of the objects have also been incorporated – by a team of street art artists under the direction of Susanne Detrüs Habarta and Peter Petrus Habarta.

The  “DENK MAhn MAL” will be exhibited in the entrance area at the giant gate, it said in a broadcast.

Volatile development: Bitcoin rebounds at its all-time high and buckles |...

Murder in the east of Hamburg? Police arrest suspects

Up to 4000 corona vaccinations planned daily

London: Boris Johnson wants to lift all corona measures by the...