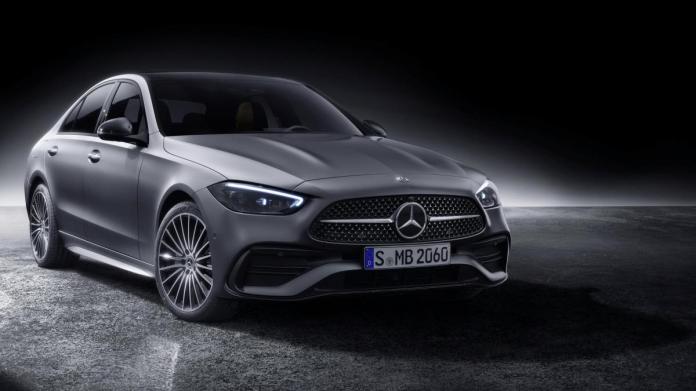 Et is probably one of the last major product presentations of its kind. At a time when the automotive industry is only talking about electric vehicles, digitalization and the mobility of the future, Mercedes-Benz is introducing a new C-Class: with gasoline and diesel engines.

In Stuttgart, one is certain that the cars will find hundreds of thousands of buyers. And the profits from these mass sales are intended to finance the switch to electric cars for the group.

This is how the structural change in the industry works. It could work because customers have so far been slower to switch to e-mobiles than the big car companies.

In any case, the majority of motorists cannot yet imagine buying a purely electric car. This is shown regularly by surveys such as the mobility study by the supplier Continental.

In this representative survey, 59 percent of Germans stated that they would not want to buy an electric vehicle in the future either. In France this figure was 57 percent, in the USA it was 50 percent. Despite extreme growth rates in electromobility, the combustion market will therefore remain a source of potentially high sales for the foreseeable future.

Everyone raves about the EQ time

That’s why Daimler can’t leave cars like the C-Class. And that’s why the group is disrupting its own image of an electrified, future-oriented car company with this product presentation that it wants to convey to the outside world. Whenever the board members appear in public at the moment, they mainly talk about the four all-electric vehicles that are due to hit the market in 2021.

CEO Ola Källenius raved last week about how great the new flagship EQS is. It was “a piece of high-tech art,” he said. His colleague on the board, Britta Seeger, says: “It’s our EQ year this year.” EQ is the in-house sub-brand for e-cars.

The  head of sales does not announce further premieres of gasoline or diesel engines, even when asked. But the presentation of the EQS in April.

The  new C-Class, even if it only partially represents the future of the company, is of enormous economic importance. It has been a best seller for decades – and has the potential to outperform the brand’s entire electric fleet for some time to come.

The  previous model was introduced in 1982 as the Mercedes-Benz 190. In 2019, the group sold almost half a million C-Classes worldwide.

The  former “Baby Benz” is now surpassed in terms of sales figures by its SUV sister GLC, currently the best-selling car with the three-pointed star.

The  smallest entry-level vehicle for new Mercedes customers is the C-Class, which has not been called that since the early 90s, either. More like a little sister of the S-Class, with whom it actually shares a lot of technical principles.

The  car should appear sportier, but still luxurious – and thus fit into Källenius’ strategy of repositioning Mercedes-Benz more strongly as a luxury brand. Instead of mass products, he places much more emphasis on high-margin products.

This year the return on sales in the passenger car division is expected to rise again to up to ten percent. Daimler has easily achieved such values ​​in the past – albeit in times without an epochal structural change in industry.

A look at the technical data shows that the new C-Class is only an intermediate step in this transformation. Not a single one of the seven engine variants even comes close to meeting the fleet target of 95 grams of CO set by the European Union2-Emissions per kilometer.

The  most efficient engine in this regard – the 200 hp diesel in the C 220 d – has emissions of 130 to 148 grams according to the WLTP test, with a consumption of 4.9 to 5.6 liters per 100 kilometers. According to the manufacturer, these values ​​are made possible by “consistent electrification” of the four-cylinder engines.

In other words: All models are equipped with so-called integrated starter generators that electrically support the engine. This technology – also known as mild hybrid – is now widespread, especially in the luxury class. This enables the car to “coast” with the engine switched off and recover energy through recuperation when braking.

The  company will not reveal further technical details such as the weight of the new models until June.

The  prices are to be announced at the end of March.

In autumn, Mercedes will then be bringing two plug-in hybrid variants onto the market, with either a diesel or gasoline engine.

The  manufacturer promises an electric range of 100 kilometers and a 25.4 kilowatt-hour battery that should be charged in 30 minutes.

With this equipment, the C-Class should also contribute in the medium term to Daimler’s products becoming more electric – and the CO2-Emissions in the fleet average remain below the target value.

Last year, e-cars, including plug-in hybrids, made up seven percent of Group sales. This year the value is expected to double.

The re will be no all-electric C-Class for the time being. Unlike the EQE and EQS, the electric SUV EQC does not get a sedan variant.

This could be due to the fact that customers around the world are increasingly opting for SUVs anyway.

The  further west, the more, says Seeger. In the USA, the brand’s SUVs are currently practically sold out, according to Källenius.

The  plant in Tuscaloosa in the US state of Alabama only builds such vehicles, in addition to the GLE and GLS, their electric versions will also be built in future.

The  C-Class sedans come from Bremen, East London in South Africa and Beijing. Asians like to drive the cars with an extended wheelbase, station wagons (“T-model” in Mercedes language) are almost only sold in Europe.

Corona: Free self-tests probably not everywhere for the time being – why is it?

Iraq trip – Mosul: Pope commemorates the victims of the war against IS

Schwesig before the Corona summit: “Not over the mountain yet” |...

Corona: how dangerous is the new mutant? – What has...

Three things that stood out at BVB against Hoffenheim: The thing...

No money because of Corona: the crisis makes Berlin’s criminals even...